Coverage of Dec. 10 school board meeting

ELL student enrollment has increased from 300 students in the district to about 900 in the past year due to new enrollment processes. However, ELL programs are not offered in all schools, such as Southeast Junior High. The district plans to expand the program in upcoming years to meet demand.

The school board approved changes to the program of studies for the district. A new option may be available in PE in future school years. Instead of doing fitness or arena activities for three days each week, students would also have the option to do dance with choreography. AP Human Geography might also be offered to high school students. 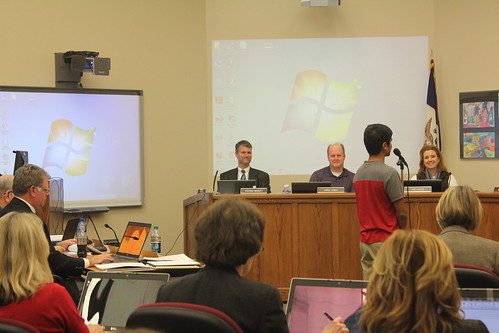 Above: Student Senate school board representative Akash Borde ’15 updates board members and Superintendent Murley about West, including the Best Buddies candygrams fundraiser and this weekend’s show choir concert.

The issues that garnered the most community involvement at this board meeting were about whether or not the district will hold school on Martin Luther King, Jr. Day and a new rule that would require parents and guardians to display photo IDs before entering elementary schools. 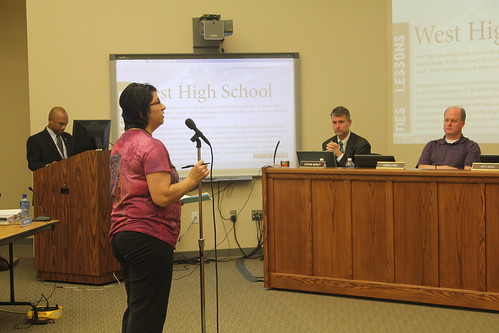 Above: Academic dean Maria Martin tells the school board about West’s plans for MLK Day, which includes a presentation from alum Zach Wahls. 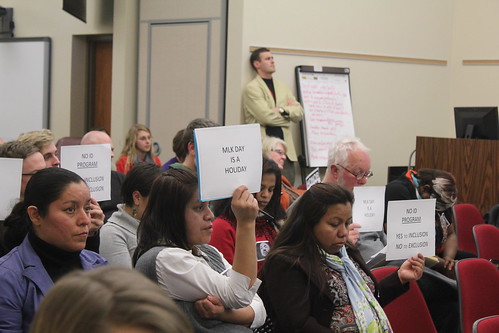 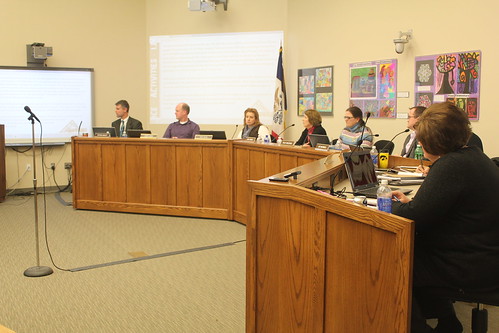 Above: School board members prepare to discuss the possibility of not holding school on MLK Day this school year.

The board voted to postpone making a final decision on whether or not to hold school on Martin Luther King, Jr. Day until their next meeting. In the meantime, Superintendent Murley will look into the possibilities of how to make up that day of school. Options include no longer having a four-day weekend in late February, having a shorter spring break, holding school on a Saturday and adding a day onto the end of the year.

If a day is added to the end of the year, graduation for the class of 2014 would need to be postponed for at least a day.

The board also voted to delay requiring photo IDs for entering schools.

The most recent facilities plan was also approved. The plan included opening a new high school by 2019.