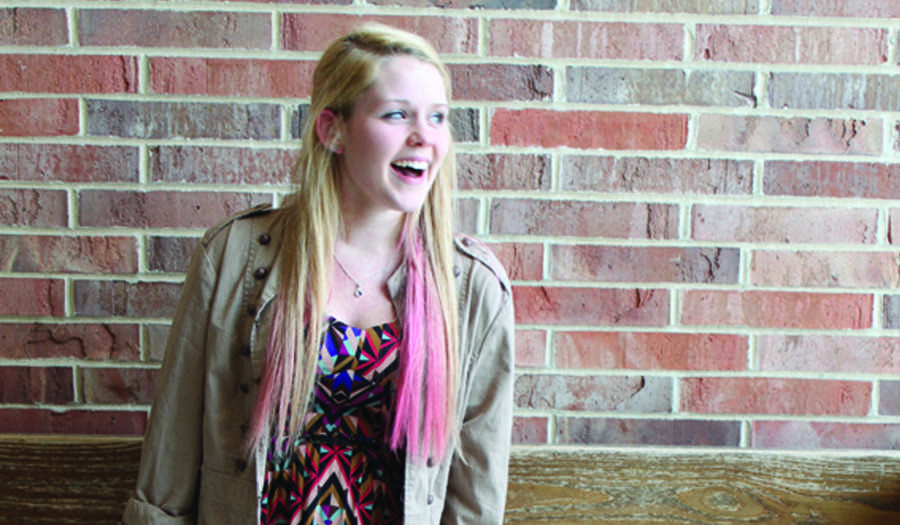 West Side Story: Describe your style

Hannah Sheldon ’15: I would probably describe it as different. It’s pretty girly because I wear a lot of dresses.

WSS: How do you think your style is different from others.

HS: I wear more dramatic things than what other people are used to wearing. It really shows my personality.

WSS: How has your style changed over the years?

HS: I used to wear what the stereotypical teenage girl would wear, like name brands. Now I wear whatever, regardless of what other people think of me. When I know that I want to wear something, I start laughing at myself in the mirror because I think I look ridiculous; that’s how I know that I like it.

HS: Honestly, I wear some pretty weird stuff, so if you just have confidence with what you wear, you can make anything work in my opinion.

HS: I love socks a lot. I’m kind of obsessed with them. I also really like skirts because I don’t like wearing pants.

HS: I like a lot of the stores downtown. Revival and White Rabbit are pretty cool. In the mall, I love Forever 21 because they have such a variety of clothes. I like going to thrift stores because I like finding stuff that’s cheap and different. Second Act has a lot of cool stuff.

WSS: What is your go-to outfit?

HS: Like I said, I love wearing skirts because I think they’re easier than pants. Probably a skirt and a cute shirt. And socks.

WSS: How has fashion influenced/changed you?

HS: It’s given me another way to express myself and it’s made people more likely to talk to me, because I’ll be wearing something crazy or not normal- I’ve found that when I wear something really expressive, people are more open to compliment me. People will tell me, “Oh, your style is so cute,” and then I love them forever.

WSS: Does being at West influence your fashion in any way?

HS: Yeah, there are a lot of people that I don’t know and I see what they wear and I like it, so I try to emulate them in some way.

WSS: Do you have any advice for people who are still finding their style?

HS: Just go with it, wear whatever you feel confident in or feel like you want to wear and don’t worry about what others think of you.