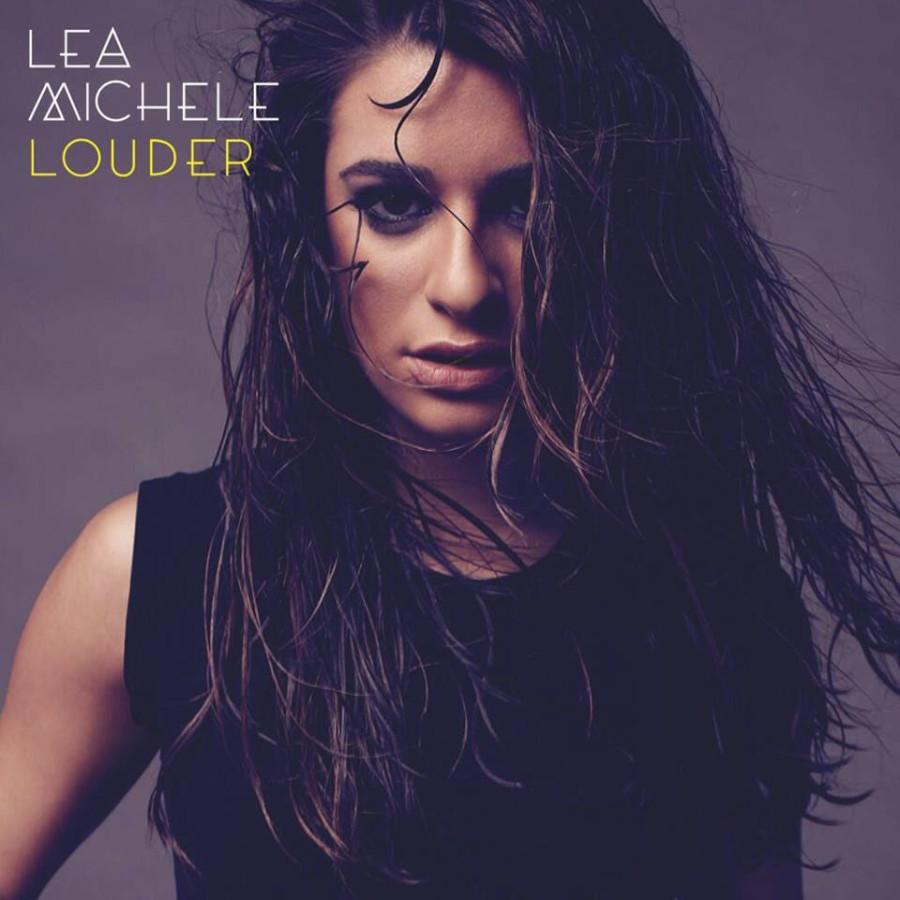 We all have probably heard of Lea Michele and her incredibly beautiful voice from the television show Glee and the publicity surrounding the death of her boyfriend and co-star Cory Monteith. In all honesty, when I first heard of the release of the album, I was kind of skeptical about it. Her voice is so suited for Broadway, and I didn’t think that it would be suited for pop. But after listening to her debut solo album Louder, which was released on March 4, I am now a big fan of her music.

The album kicks off with the first single “Cannonball,” which is a great way to start an album. The lyrics are powerful, and her vocals are amazing as usual. The song is also incredibly upbeat, and it’s easy to listen to this song any time.

“On My Way” is a song that makes you want to want to jump up and down the entire time, but Lea Michele still continues to impress me with her high notes and her strong voice. However, I thought that the song got a little repetitive after a while because of the constant happiness in the song.

The next track takes a shift from the previous two tracks, and takes on a ballad feeling. “Burn With You” is about wanting to be with someone forever, but I thought the lyrics sounded a little bit like an extremely clingy teenage girlfriend (I don’t want to go to heaven/If you’re going to hell/I will burn with you).

Have you been in an argument with someone? Are you going through difficult times? If you answered yes to any of the previous questions, then “Battlefield” will be an extremely relatable song to listen to. The song is really minimalistic, with just a piano accompanying her, and that’s probably what makes the song so beautiful. I cry almost every time I listen to this song, and it’s by far my favorite track on the album.

“You’re Mine” is a song that sounds exactly how you would expect, with happy lyrics about the process of finding love with someone. It kind of reminds me of a romantic comedy that is filled with sappy couples constantly proclaiming their love for each other. Anyways, the song is really cute and (once again) contains Lea Michele’s wonderful voice doing its magic.

In all honesty, I can’t tell if “A Thousand Needles” can be classified into a specific song type. There are portions of it where there are fast beats and echo effects, but the song generally feels a little sad. Some people may not like it because there is a weird mix of genres in the song, but I really like it.

I have heard “Louder” playing in stores and on the radio, and it makes me happy every time I hear it because of the happy feeling to the song and its motivational lyrics. I know I sound like a broken record right now, but I can’t forget to emphasize Lea’s wonderful voice.

Another shift in the mood of the album, and the ballad “Cue The Rain” is next. It sings about deep thoughts and seems a little depressing the first time you listen to it, but there is still a feeling of hope. However, this is not one of the greatest tracks on the album.

“Empty Handed” makes the album go from sad to sadder. It is so raw with Lea’s emotion, and it is so apparent in every aspect of the song. It is definitely in the top of my favorite ballads of all time.

Just when you thought that the album could not get any sadder, “If You Say So” comes on. This song was added to the album after the death of Cory Monteith, who was Michele’s boyfriend, and is filled with so much sadness and love for him and it is expressed in such a beautiful manner. Even if you haven’t lost someone close, it will show you the pain of losing a loved one.

After finishing the album (and wiping my tears) it has put me in a great mood and has motivated me to be strong like Lea Michele. Her strong voice and relatable lyrics made me like her so much more, and I hope that she will release more music in the future because this has made me want to listen to more. If you are still wary about the album, I would recommend that you listen to “Battlefield” or “Louder,” which are my personal favorites on the album.