Review: U2 “Songs of Innocence” 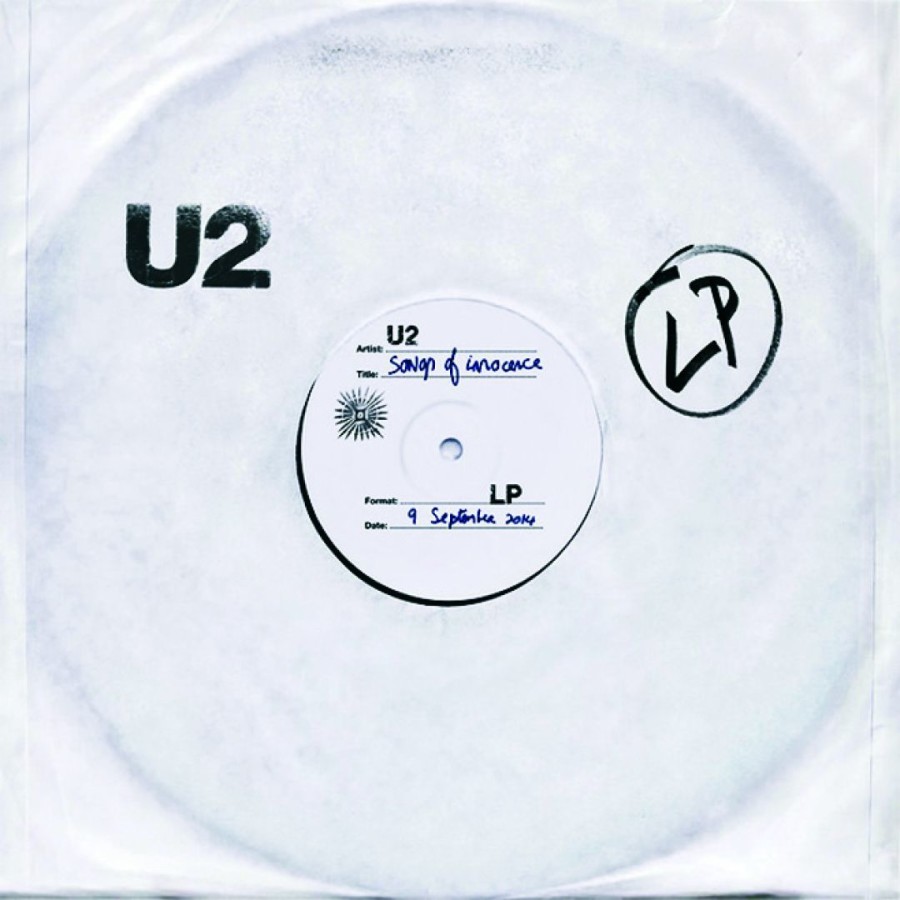 When I first heard the news from Twitter that a whole album had been downloaded onto my phone, I have to admit, I felt a little violated. After the initial shock, I realized getting free music no matter what the genre is pretty cool. Call me crazy, but I’ve never really paid too much attention to U2, so I didn’t really have an opinion on their music one way or another before this album. However, whatever you may think about their music, you have to admit it’s a pretty bold marketing move on their part; and that risk has definitely paid off.

The first track on the album is The Miracle (Of Joey Ramone). Written as an ode to the “Ramones” lead singer, the lyrics express the “miracle” of his sound. The song is short and sets the tone for the rest of the album. It is a nice ode to a fellow musician and a great first track.

Every Breaking Wave: The song has a very fluid sound, going along with its other aquatic elements (song name, lyrics). It is definitely not my favorite song on the album as its lulling nature makes me want to be day dreaming, which I can do without music. However, it’s not a disaster and some may like the symbolic lyrics.

California: the third song provides a much needed fast tempo. The whole first minute repeats the words “[Santa] Barbara” and is followed by catchy lyrics and a fun beat. The song makes you feel good and I would even consider paying 99 cents for it, had it not already been free.

Song for Someone: This is definitely an easy song to play while doing homework and has a very similar sound to Every Breaking Wave. The lyrics are sweet and could be described as a typical love song. If that’s your thing, then this isn’t just a Song for Someone, it’s a song for you.

Iris (Hold Me Close): Drifting seamlessly from the previous track, Iris brings an iridescent feel to the album. The song brings tempo up again, while keeping a chill vibe. The instrumentals detract from the verses, I believe, but the chorus is where the true greatness of the song lies. Without the drums and backup vocals, this song wouldn’t evoke nearly the same upbeat feeling. Iris is definitely one of my favorite tracks.

Volcano: Wow, two fast songs in a row?! Sweet. Immediately I’m reminded of the Kongos and their indie-vibe, though U2 is far from indie. The staccato-ed words in the chorus evoke urgency and despair, making this a great teenage angst song (because we clearly need more of those).

Raised by Wolves: Maybe it’s shallow of me, but when the lyrics of a song don’t make sense at first listen, I disregard that song’s credibility. Raised by Wolves is an exception. The message of the song is clear after a little thought is put into it: sometimes it seems as though humans have been raised by wolves. The chorus has a neat sound, but I believe the song would benefit overall from continuing that rhythm throughout.

Cedarwood Road: This is by far the most rock-esque track on the album, and for typically not being a fan of rock, I really enjoy this song up until the last minute when it gets a little too angry for my taste.

Sleep Like a Baby Tonight: I’m not going to lie, the title and matching lyrics do freak me out a little. What does that even mean? The extremely soft beginning doesn’t help, either. This is the most promiscuous of the tracks, but even so, it isn’t all that risqué. Though it may be one of my least favorites on the album, its got a nice beat and is another one that is easy to do homework to.

This is Where You Can Reach Me Now:  Preliminary thought: the instrumental in the beginning sounds like seagulls cooing. This should be interesting. The funky, throwback vibe has me feeling good and I like the message of the lyrics. It works well for being toward the end of the album, helping it finish on a strong note.

The Troubles: A female voice is heard for the first time so far, and it’s a refreshing sound. The song has similar qualities in the beginning to Raised by Wolves. The Troubles is a great choice for a track to finish the album out with, as it provides an intellectual message as well as an unmatched chill-factor compared to the other tracks.

All in all, for being completely free, “Songs of Innocence” is a success. The marketing is genius and I’m sure those who were skeptical about U2 before this release and gave the album a listen have changed their minds. I look forward to listening to the album again and scouting for what else U2 has to offer.