Saleem to represent U.S. on an international level 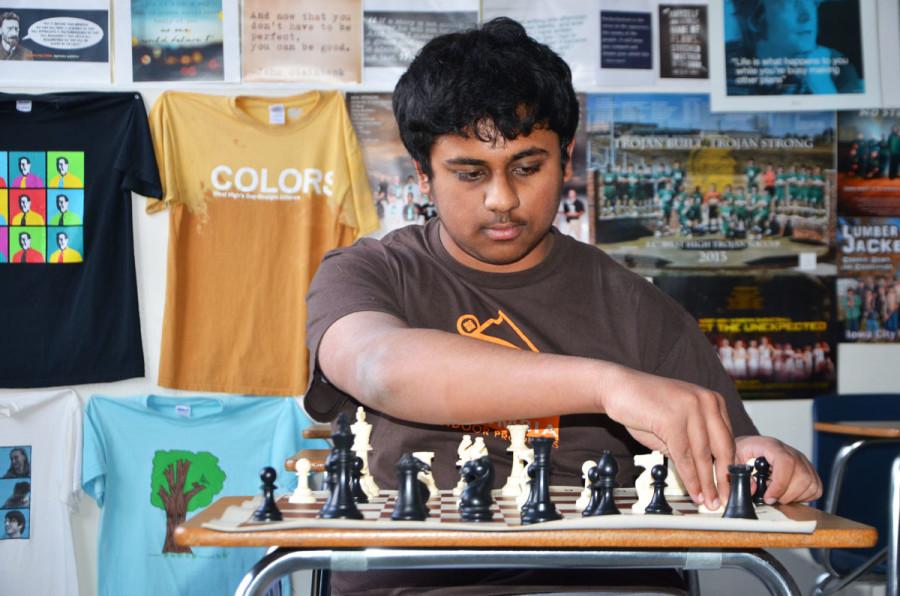 Winning national chess competitions? Arshaq Saleem ’18 has been there, done that. Twice.

Saleem added a new challenge to his bucket list this past month: competing at an international level. By winning the Susan Polgar World Open in the U16 age division, Saleem earned a berth representing the US at the World Youth Championship which will be held in Greece next year.

Two years ago, Saleem won the same national competition in the U14 division. However, this time, the stakes were much higher than before.

“This obviously has a larger prize than the netbook I received two years ago. Now I have the honor of being one of the many representing the U.S.,” Saleem said.

The scale of Saleem’s accomplishments is hard to comprehend. Nationally, he is ranked 35th for his age division (U16). Not only is he the highest ranked scholastic player in Iowa; there are only five adults that are ranked higher than him in the entire state. America’s governing body for chess, the USCF, rates him at “Expert” level (2110), just three levels away from the highest possible level of “Grandmaster”.

Just five years ago, Saleem had not played in a single tournament before. He credits his success to practice and hard work.

“I practice at least 30 minutes a day and more than two hours each day on weekends [and attend] chess lessons,” he said.

Although it might not be exciting enough to watch on ESPN, Saleem’s hard work lends strong evidence to the argument that chess is just as strenuous as sports are.

“Chess has just as much pressure and stress as any activity,” Saleem said. “[One of my games went] for 7 hours straight. They can get difficult. There’s obviously not as much physical strain, but [there is] mental strain.”

Despite the hard work involved behind the scenes, Saleem enjoys the challenge.

“I really enjoy the strategic part: thinking ahead and strategy,” Saleem said. “[Chess is] a very logical game where you have think ahead to thwart your opponent.”