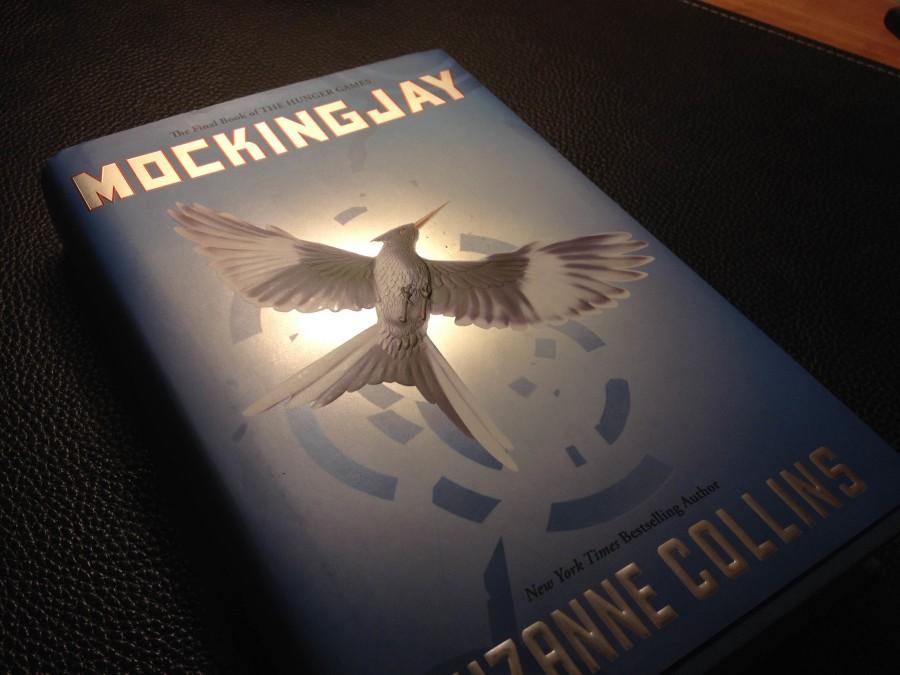 Settling down in the third-to-last row of the theater to watch Mockingjay: Part 1 Saturday afternoon, I wasn’t entirely sure what I expected from this movie.  I vaguely recalled the novel’s plot from the last time I’d read it in maybe the ninth grade and my memories were not altogether fond; from what I could remember, I had been unimpressed with the conclusion to what had been one of my favorite trilogies.  However, Mockingjay: Part 1, despite some disappointments in execution of the story line, satisfactorily demonstrated the meaning of the novel through aesthetically pleasing cinematography, excellent acting and adequate storytelling.

Once again, director Gary Ross’s cinematographic skills were extremely satisfying; his use of subdued colors and seamless incorporation of a war-torn, dystopian landscape with a high-tech, hyper-scientific counterpart both contributed substantially to the feel of the story.  The shaky-camera action, however, I could’ve done without; although it may have been strange to cut this filmographic choice from the film since it was fairly prevalent in the first two, I ultimately found it distracting and wished I could have spent more time focused on what was going on behind the shaking camera.  The movie’s score resonated with me as particularly effective in telling the story, especially the surprisingly moving performance of the Lumineers’ “The Hanging Tree” by Jennifer Lawrence.

This first part focuses primarily on the “calm before the storm” action (extremely reminiscent of the mood in Harry Potter and the Deathly Hallows: Part 1); most of the film was devoted to analyzing Katniss’s faltering state of mind and following her as she came to terms with the horrifying events that concluded her last Hunger Games and begins to spearhead the revolution against the Capitol.  Although decidedly not as fast-paced as the second half of the book, the first half of the novel made for an unexpectedly exciting movie.  The film could have, however, benefited from more action and better pacing, since some scenes were still noticeably tedious and didn’t have the same energetic feel provided by the first two films.

What is most irksome about this movie, however, is that it was arbitrarily split into two films.  This recent trend in splitting the final film in a series into two drawn-out, almost banal installments, beginning with the Harry Potter series (which may be pardonable due to the length and detail offered by the final book), is obviously nothing more than a money-making venture. Mockingjay itself was only 390 pages; the fact that they only used roughly 170 pages of material to create a 2-hour long movie became obvious during moments of prolonged dialogue, lulls in the conversation, and scenes that, despite being moderately small and insignificant in the book, were wrung completely dry.

The movie certainly did justice to the themes presented in the novel, even if the delivery was slightly lacking.  The critical political subtext and analysis of the effects of war on children were easy to identify and sufficiently accessible for the intended audience.

Jennifer Lawrence was exemplary as a distraught Katniss Everdeen, convincingly executing the raw emotion conveyed by Katniss in the novel.   Josh Hutcherson also performed his role well, effectively displaying the decaying nature of his character, Peeta, while he was in captivity and causing me to jump when his big character twist was revealed.  Woody Harrelson and Elizabeth Banks as Haymitch Abernathy and Effie Trinket, respectively, were their usual scene-stealing selves.  Sam Claflin as Finnick Odair was a bit of a disappointment, as he appeared hesitant in revealing the softer, more subdued side to his character.  Jena Malone, although only appearing in the film for roughly five seconds, was still a fantastic Johanna Mason.

Mockingjay: Part 1 is worth the watch, even if you weren’t especially partial to the novel.  Although not the best installment so far of The Hunger Games’ film franchise, it will still provide viewers with a well-set stage for the final film and will likely build ample excitement before the story comes to its end.