The first time I… 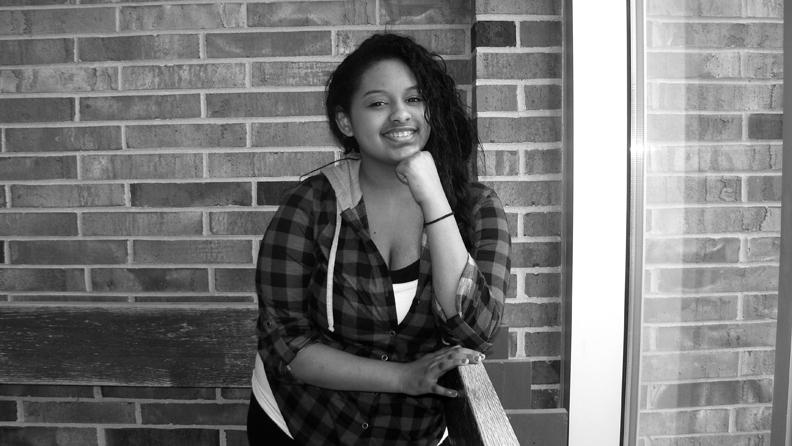 Kevin Hanson’17
The first time I asked someone to homecoming.
“I had fourth-period American studies with this girl, and my friends encouraged me to ask her to homecoming. But, they all gave me bad  ideas of how to ask her” said Kevin Hanson ’17. Some of those ideas involved having friends with t-shirts that collectively spelled  “homecoming” while Hanson would be wearing a shirt with a question mark on it, or even put 10,000 dollars in a briefcase. Hanson later  turns to his sister for help. When asked, she replied, “You should bake her a cake. What girl could say ‘no’ to a cake?”
“So,” Hanson said, “we got this Funfetti cake mix, made the cake, then made yellow homemade frosting, and in white wrote  “Homecoming 2K13” on top of all of it with a question mark in the middle.”
Hopeful, Hanson had the cake made and was ready to win the girl over.
“My friend went into a class to grab her, but she came out of the class with five of her friends,” Hanson said. Still, that didn’t stop him. “And so I asked her if she wanted to go to homecoming. I remember the words coming out of her mouth – the biggest frown on her face – and her saying that she was going with her friends,” Hanson said.
But then, the unexpected happened.
“She was still going to take the cake,” Hanson said. “And just as she was about to, [my friend] grabs the cake, yells ‘no!’ and runs to his locker!”
One could say that Hanson’s friend stole the show; but he definitly stole the cake.

The first time I went to Guatemala.
Although many know Hirsche Henstrom ’17 for his abilities on the basketball court, Henstrom is also an active  volunteer. Henstrom and his father travelled to Guatemala in the fall of 2013. Henstrom’s father, Douglas is a plastic  surgeon at the University of Iowa Hospitals and Clinics and visits Guatemala annually for service work.
“My dad decided to take me to Guatemala to help him and the other surgeons on the trip. During the day I would  assist the surgeons by handing them instruments and organizing patient information on the computer.”
Henstrom saw firsthand the positive effect he made in the Latin American country.
“It was really cool to see a third world country and the effects of the surgeries. The main surgeries performed were Microtia, which is where a surgeon sculpts an ear with cartilage from the rib. Another surgery that my dad performed a lot was cleft lip surgery.
“The coolest part of the whole experience was seeing the joy that patients had after their operation.”
As for Henstrom’s future in medicine, he is unsure.
“I have thought about being a doctor. It is definitely not an easy task. I am the first child in my family, so I saw all the school my dad had to go to.” Henstrom said.
Henstrom hopes he will return to Guatemala soon.
“My dad took my younger brother to Guatemala this past September. I think he will take all of my siblings over the next couple of years. I can’t wait to go back.”

Sarah Ahmed ’17
The first time I rode a bike.
“It was summer in Texas, and that day we were having a barbecue. I was playing in the streets on my Barbie bike, [wearing my] pink shorts and matching pink Barbie shirt,” said Sarah Ahmed ’17.
Her father insisted upon helping her learn how to ride a bike that day.
“I was trying to show off to my little cousin – she kind of looks up to me. My father helped me ride around in the streets, making sure I wouldn’t fall, but then we were going downhill,” Ahmed said.

Ahmed began to pick up speed, soon near-flying down the hill.
“I looked behind me and my dad had let go of the bike! So, I freaked out.”
But then, Ahmed’s logical thinking kicked in.
“I thought, ‘Well, I’m going to fall any ways, so I might as well just do it’…and so I tipped over and fell.”
The price she paid: a scraped knee, ruined matching-pink Barbie shirt, and a headache from hitting her head on a car  tire.
“I didn’t talk to my dad for two days,” Ahmed said jokingly.