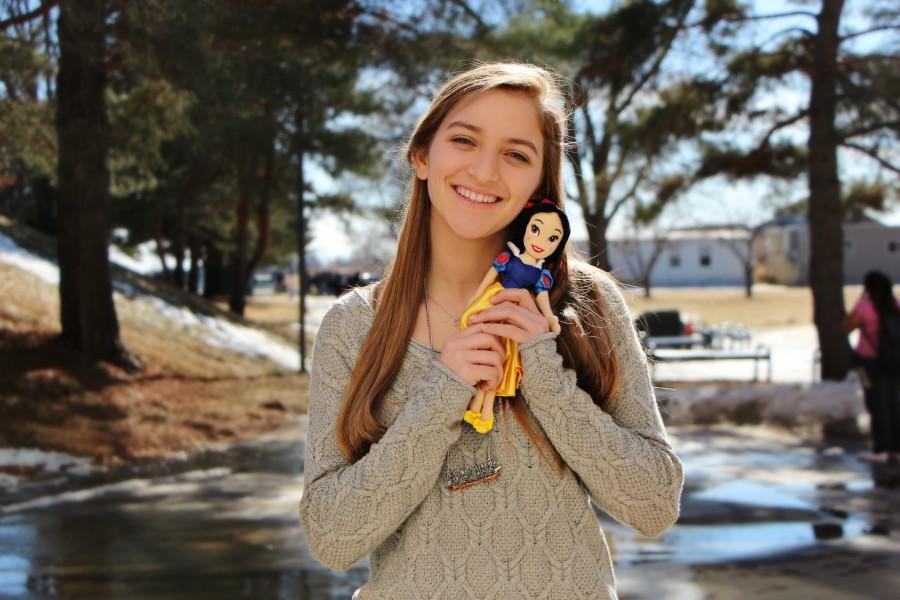 Everyone has hidden talents. Some find out they’re able to bend their tongue in weird ways, or that they can lick their elbow, but for Sofia Perez ’17 it is a bit more exciting than that. To get involved with something she’s passionate about, Perez auditioned for Nolte’s production of Snow White. Having no experience with singing or acting, she got the lead role in the play. Perez’s newfound talent has lead her to great things and exciting experiences.

Perez’s lack of experience with singing and acting did not scare her away from auditioning for the musical. Perez was very excited to get involved with something she loves, but she was not expecting to get the lead role.

“I was thinking, like, tree number seven, but then they emailed me and they were like ‘we would like to invite you to callbacks,’” Perez said.

Those who got called to callbacks then auditioned for some of the bigger roles like the magic mirror, Snow White and the queen. “I was like, ‘how cool would it be to be the magic mirror?’ I wasn’t thinking lead roles,” Perez said. One week later, Perez got the long awaited e-mail.

“I was in the newspaper room and when I got the email and it was like ‘You’re Snow White’ and I was freaking out, it was so exciting and it was just awesome,” Perez said.

Those few words were capable of making Perez happier than ever. The next difficult step was tech week.

All people in the performing arts can agree on one thing: feeling sick before a show is a scary thing. Perez can now share this struggle with others in the performing arts. Tech week was when Perez felt her voice go quiet and her nerves go crazy. “It was a very long week, and it was scary because the week before I felt like I was starting to lose my voice, and I got really scared. I had a small cold and my voice was hurting a little bit,” Perez said.  Luckily, Perez’s immune system was stronger than the cold, and she was able to generate beautiful tones to her full capacity once again.

Once the show was over, Perez was happy to see all of the smiles she put on the faces of those in the audience, especially little girls who adore princesses. “It was fun after the show to have all the little girls come up to me and being like ‘Oh my goodness, you’re Snow White!’ They’re all adorable,” Perez said.

Her smile is contagious, proven by its reflection in the faces and smiles of small children. “I liked seeing them smile, and knowing that I did that was a really great feeling,” Perez said.

Music was innate in Perez, who can identify notes by ear. This talent was more than helpful in the whole process of the play. “I just kind of did the whole show by ear. They would plunk it out on the piano and I would listen to it and then put the pieces together and sing the song,” Perez said.

Even Perez’s supportive friends thought she was a natural on stage. Leah Rhodes ‘17 and Perez share a mutual interest in musical theatre. Rhodes was sure to not miss one of her good friends performing in her first musical. “I was really impressed with her performance, and it seemed like she had been doing it [acting] for forever, but it was only her first [production],” said Rhodes.

Theatre is not Perez’s only passion. Softball and her great friends are huge things in Perez’s life. Perez’s favorite thing about softball is the teamwork.

“Softball really is a team sport. It is nowhere close to individual, so I really like that about it,” Perez said.

Perez would like to continue acting as a hobby and work on her performing skills.Hoping to get more involved with Theatre West and more musicals and plays, Perez is now in choir where she will now learn how to read sheet music and feed her ambitions to become a better singer.