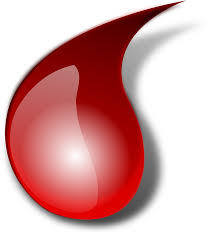 West students donated blood on April 8 from 11 a.m. to 4 p.m. by the auditorium, increasing the chances for life of those who are in need.
“I’m a healthy teenager who has the ability to [donate blood] so why wouldn’t you?” said Asha Irani ’17. “It’s not going to hurt me, but it’s going to help someone else.”
Despite the promise of being stuck with a needle, approximately 25 students signed up—according to science teacher Carolyn Walling—and some were even excited to do so.
“As soon as I turned 16, I wanted to donate my blood,” said Katy Alden ’16, an enthusiastic donor. “Not get my license, I was like, ‘I’m 16, I can donate some blood!’”
According to the American Red Cross, blood from one donor can save up to three other lives.
“The patients are counting on that blood. If we don’t have enough supply, they can’t get what they need,” said Kim Engler, a nurse at DeGowin Blood Center.
In addition to feeling good, another incentive was offered, this one to seniors.
“I saw there was a chance for a scholarship,” said John Sunderland ’15. “I’ve got to pay for college somehow.”
With both the guarantee of food and the chance of a monetary prize, turnout was “pretty good”, according Walling, but could be better.
“[The patients] especially appreciate that [blood] is available to them,” Engler said. “We thank you guys for donating.”