West Side Story peeks into the lives of teachers and best friends Megan Johnson and Travis Henderson. 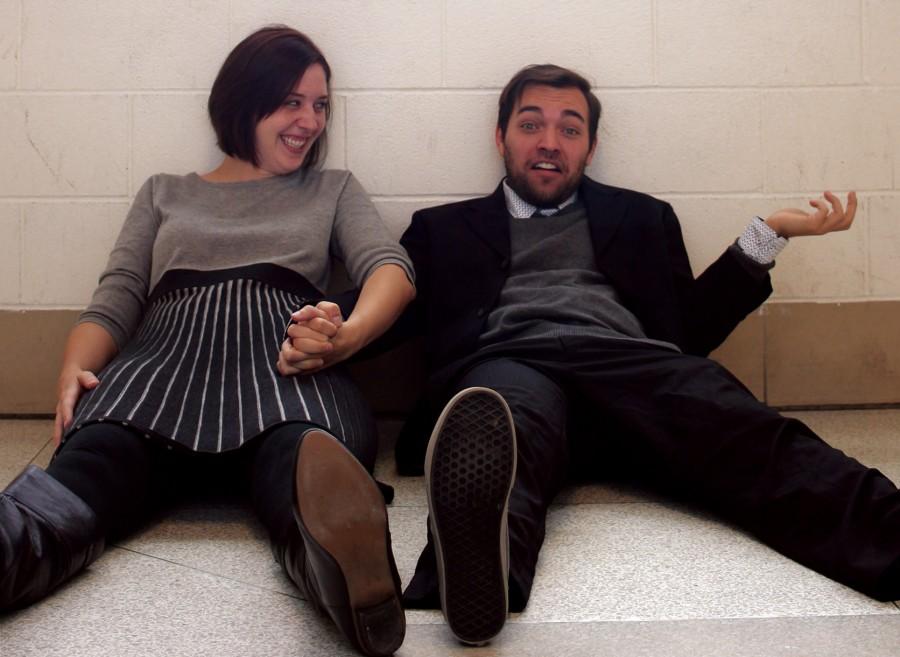 As fellow debate coaches, social studies teachers and best friends, Megan Johnson and Travis Henderson spend countless hours together. In fact, their shared passion for debate is what brought the two together in the first place.

“[We became friends] through debate. [In highschool] we would see each other at debate tournaments and we started talking online during the week,” Johnson said. “Eventually he ended up coming to the same college I went to, the University of Iowa. We had already known each other from high school so we started to get pretty close in college [since] we were actually living in the same city.”

The debate duo’s friendship has only grown since then. After college, they both pursued teaching careers and found themselves at West. Since they were such close friends with similar interests and schedules, they decided to live together. This worked out well, since they both appreciate each other’s personalities.

“The most interesting thing about [Johnson is] just how compassionate she is about everything,” Henderson said. “I wouldn’t say that I don’t like it about her, but I would say it’s something that makes things difficult for her sometimes. People feel good and want to be around her because they feel cared for. But the other dimension of it is that when you allow yourself to care that much you sometimes allow yourself to hurt a lot more, too.”

Henderson has helped to keep their friendship strong by being very honest with Johnson, even when she doesn’t feel the best.

“We’re close enough friends that he’s always brutally honest with me. So sometimes if I’m having a bad day, those days where you really just need someone to say what you want to hear, he still won’t do it. He’ll say what I need to hear,” Johnson said.

“My honesty comes in at times when she is being more upset about something than I think she should be,” Henderson said. “But it’s just because she cares so deeply and feels so much and allows herself to care and feel. So, it’s not really something that I don’t like, and it’s not even a flaw. It’s just one of those things that has two dimensions.”

Even though Henderson tries to be as honest with her as possible, his ability to make light of tough situations keeps their friendship going strong and is one of the reasons why Johnson wanted to be friends with him in the first place.

“He’s hilarious. I don’t know, he just has this really quirky sense of humor and it’s like, he’s just silly. I think that’s one of the reasons we became such good friends; just because he could always make me laugh,” Johnson said.

Needless to say, Johnson and Henderson spend countless hours together at school. However, in their free time away from classes they enjoy going to movies together, relaxing and especially, eating out.

“We have a rotation of restaurants,” Henderson said. “So we go to Longhorn for a while until we get sick of it, then we’ll get Indian for a while, [then] Thai and then eventually we look at each other, and we’re like, ‘we need to stop eating out so much.’ And then we make a concerted effort to eat at home. That usually lasts about three days, and then we start eating out again.”

Although they seem to have an ideal relationship, one source of contention between the two friends is their cats. Or as Johnson will quickly point out, her cats.

“Megan spoils them rotten. That’s one thing I’ll say. So in the morning, when we’re getting ready for work, the little black [cat], his preference would be to get his water from the sink. I think that’s ridiculous. It’s a cat, it can sit on the floor and drink from a bowl like every other cat on Earth. But she like picks him up and sets him on the counter, gets a little water put in the sink for him and then pets him while he gets his water from the sink.” Henderson said.

Other than their occasional cat fights, Johnson and Henderson seem to have an excellent relationship. Henderson believes that his friendship with Johnson has helped him grow to become a better person.