The West Side Story takes a closer look at the stigma against depression at West High. 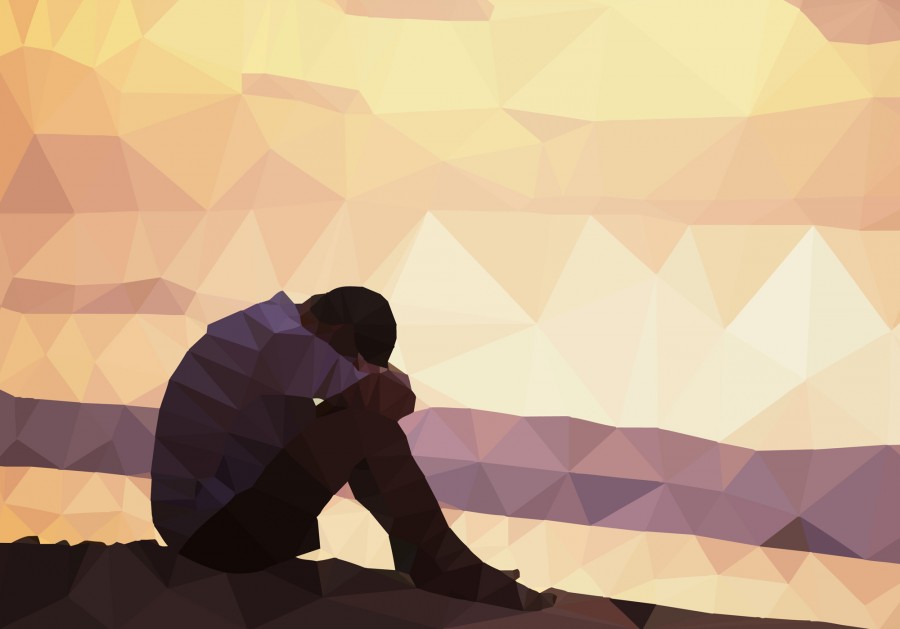 Following the recent suicides of two former West High students, discussion about mental illness is on the rise in the hallways. Suicide is the third leading cause of death among teens, with 90% of those that commit suicide having an underlying mental illness.

Depression is the most common and well-known of the mental illnesses, but there are still many common stigmas against it.

“I think when someone truly has depression, it’s different than being really sad because of an event. It’s a diagnosis, it’s something that you can’t help,” said Amy Kanellis, guidance counselor and adviser for Behind the Mask, a student club focused on supporting students with mental illness and fighting the stigma against it.

Many people with depression and other mental illnesses suffer in silence. They are often misunderstood and ostracized, which can make the problem worse as they internalize the stigmas that keep them from freely speaking out.

“I think there are unfortunately a lot of people that just think, ‘Oh, just get over it. What’s your problem? Everybody feels that way all the time, or sometimes.’ But if you are truly feeling helpless all the time, that’s not okay,” Kanellis said.

Misconceptions suggesting mentally ill people only need to try harder to get better can pressure people to keep quiet about their experiences.

Ignorance is one of the main reasons people carry misconceptions about mental illness. Andrea Childs ’17 is a regular at Behind the Mask meetings.

“If you don’t have an understanding of what it’s really like and what people suffering are really going through, then you’re never going to take it as seriously as you should,” Childs said.

These misconceptions can turn into something dangerous if left unchecked. Gabby Finlayson ’19 was bullied as a third grader because of her depression.

“I don’t think anybody understood what it meant,” Finlayson said. “They just treated it like it was nothing.”

This ignorance can also lead to people underestimating the true importance of the issue.

“I think a lot [of people] don’t think [depression is] a serious problem,” Childs said. “That seems like a stigma to me because then no one wants to share because they want to be taken seriously [and they might] end up being made fun of.”

While it was difficult for her as a child, Finlayson feels people have improved overall in their approach to talking about depression.

“I think people think about it and support [people with depression] more,” she said. “But at the same time they [still] don’t really understand it.”

Kanellis has seen similar strides in terms of openness in her time.

“Thirty years ago, no one ever admitted that they had anything wrong with them and now I think people are much more open about it,” Kanellis said. “You would not say, ‘I go to a therapist,’ 30 years ago and now people are open about it and how much it helps.”

According to Kanellis, anyone can help make West a better place for those with a mental illness.

Standing up for others is not the only way to make a difference.

“I think just having a positive regard for all the human beings that walk West High, getting outside of yourself a little bit and noticing that you’re surrounded by people and being kind,” Kanellis said. “It sounds very trite to say that but being nice is really underrated.”

Finlayson agrees that kindness can go a long way.

“If somebody has depression and you think they have it, just go up and talk to them,” Finlayson said. “It would make their day.”

There are many resources for students at West who are seeking help. Students can go to their counselors at any time.

“We certainly have the counselors here and that’s a good starting point,” Kanellis said. Counselors often refer students to outside psychologists to help assist in finding a therapist. In addition to the regular counselors, the guidance office has a Mental Health Coordinator if there should be a need for professional psychiatric care.

Behind the Mask meets every Tuesday in room 137 and every student is free to attend.