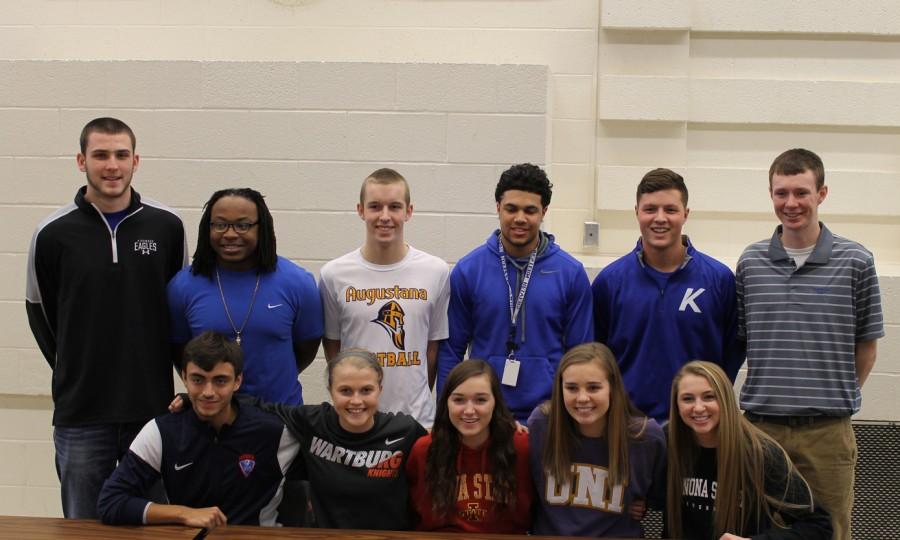 Wednesday, Feb. 3 marked the second National Signing Day for West High’s seniors this year. Friends and family gathered in the cafeteria after school to eat treats and show their support as eleven athletes signed their National Letters of Intent.

The senior athletes each took some time to thank those who have helped them accomplish their goals throughout the years. Once everyone had said their thanks, the athletes officially signed their letters. 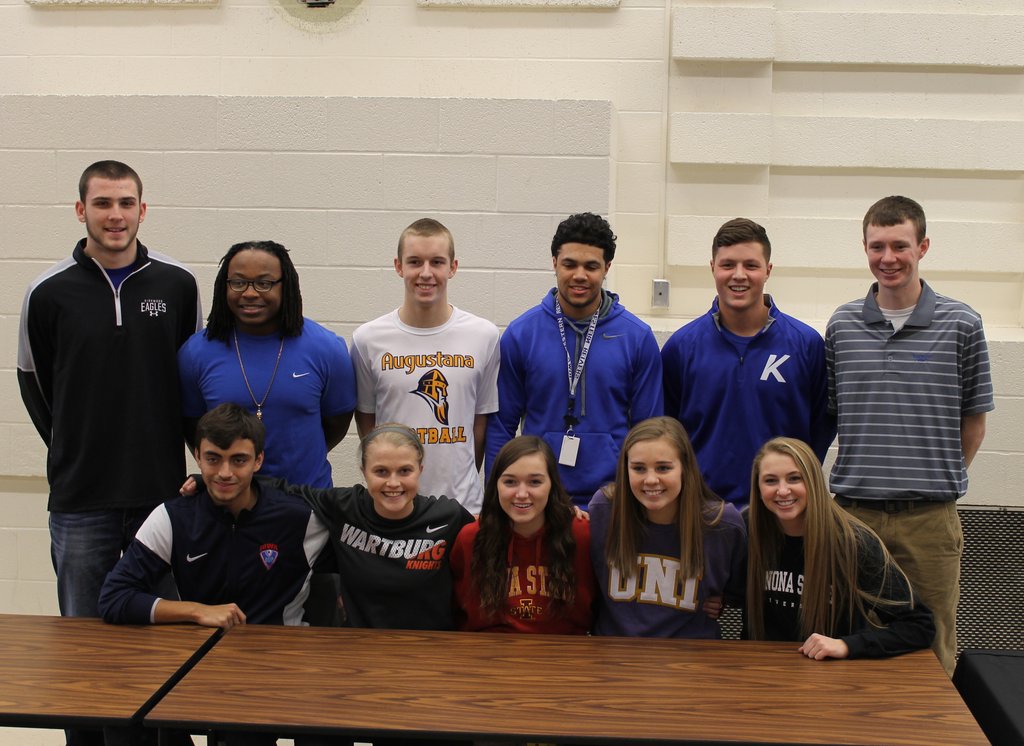 To find more in-depth coverage on some of the athletes and the first National Signing Day, click here:

Photos by Morgan Schmitt-Morris: click on photo below to view the whole album. 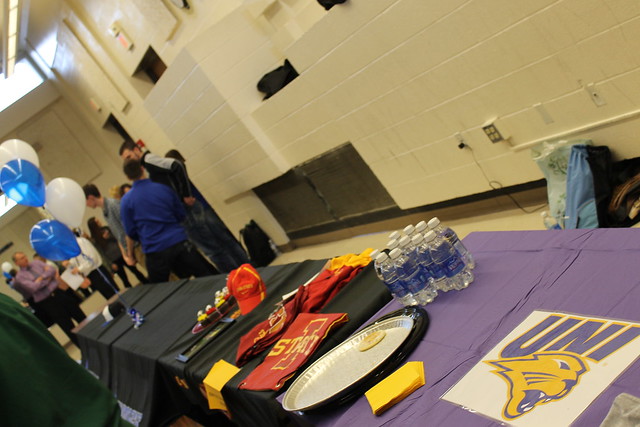