Three takeaways from the Iowa Caucus 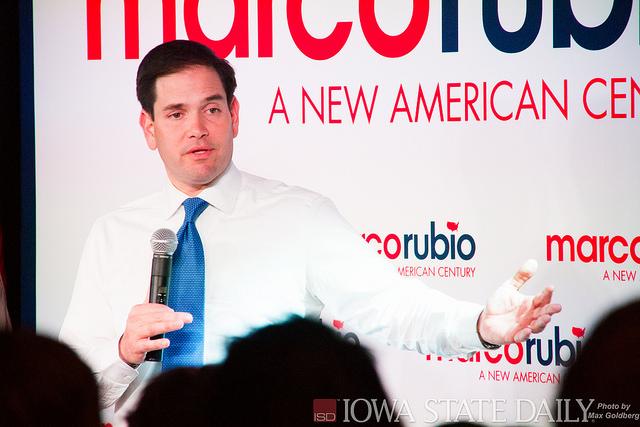 Dozens of students from West High participated in the first caucuses of the 2016 presidential primary election here in Iowa. Whether or not you were among the many who voiced their opinions Monday night, here are three takeaways you should have from the crucial Iowa Caucus.

Marco Rubio may just have stolen the Republican nomination.

With 23 percent, Republican candidate Marco Rubio garnered nearly twice the votes polls forecasted, many of these coming from former Trump supporters. He may not be the frontrunner, but he is the only visible candidate a great portion of Republicans say they can see themselves voting for. Such an unexpected display of power in the very first caucus of the primary election should give him the momentum he needs to surge ahead, gaining support and publicity at the expense of other candidates.

Ever since he stormed to the top of the polls, Donald Trump has defied all odds and held an impressive lead despite a long list of outrageous comments and policy proposals. Yet Trump not only lost by a wide margin to Ted Cruz in the Iowa caucus, a chunk of his voters slipped quietly to Marco Rubio. After all his boasting, Trump may not be the juggernaut he seemed.

Since the beginning of the race, Democrat Hillary Clinton has worked to build her image as the inevitable nominee who was above even acknowledging the other long-shot candidates. After a virtual tie in Iowa and an expected victory for Bernie Sanders in New Hampshire, Sanders has proven to both Clinton and the nation that the Democratic primary is far too close to call.

The top two finishers in the Republican caucus are practically resented by their party establishment, and one has zero political experience. The close second place finisher in the Democratic caucus, with nearly 50 percent of the vote, calls himself a socialist. The shockingly high turnout and immense support for unconventional candidates with radical ideas can only mean one thing — the nation is past fed up with the status quo, and their passion is carrying politics in the U.S. into a new landscape that won’t accommodate the traditional stances and strategies of the established parties.