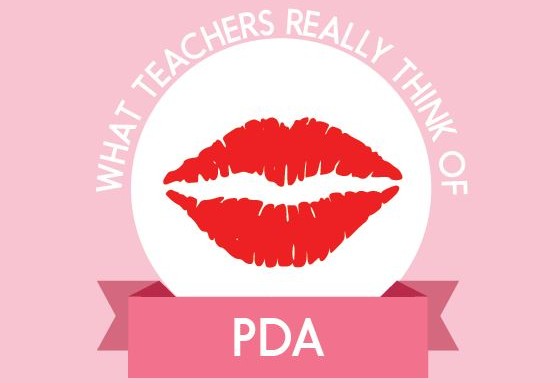 What teachers think about PDA

PDA is shown in the hallways at West posing the question of maturity, and if students are mature enough to be in these relationships. Read on to see West High teachers talk about their experiences with the PDA that is viewed daily in school hallways.

As the year progresses, so do student relationships. While walking through the halls of West, many students are faced with public displays of affection (PDA), and not everyone enjoys the sight of teenage love.

The real question posed is one of maturity. Megan Kuennen ’19 believes that maturity can affect the outcome of a relationship.

“I believe that someone can be in a relationship no matter what maturity level they are on, but their maturity level might affect the outcome of the relationship. Everyone is different and although some people are mature enough for an intimate relationship, other people aren’t,” Kuennen said. “I think that teen love might be real for people that are in a healthy relationship, but for [others], I think it’s false hope.”

Kuennen is not alone in her opinions. English teacher Katy Nahra believes that while some students are mature enough for intimate relationships, they could still be blind of future consequences.

“Relationships are most definitely affected by maturity, amongst many other things. Some students are . . . mature enough to handle the physical and emotional aspects of intimate relationships. I would just heed a warning to students that are in a hurry for that type of relationship,” Nahra said. “Often teens don’t consider the future; however, someday these students will find the person they want to spend their lives with, and I can only hope that their future partners will be understanding if the student didn’t exhibit as much self-control as they should have in high school. Students may not realize the hurt they could cause their future selves and partners.”

“It all depends on what kind of relationship you’re looking for. I would say that a lot of the short term relationships don’t require that much maturity,” Biscupski said. “Let’s be honest, most kids in high school don’t date someone under the assumption they’re going to marry them later in life. There’s nothing wrong with having a short relationship, not all of them need to be a lifelong commitment.”

After being together for five years, the couple believes that their relationship helped them mature through experience.

“[Our relationship] helped us mature a lot. But that’s probably not going to be the case for everyone,” Collins said. “We had to work through a lot of communication issues, and that definitely helped us.”

Collins is not alone in her opinion on communication, as Mason Carter ’16 believes that communication and having respect for one another are large factors into having a mature, healthy relationship.

“PDA is about social awareness, which [could be] connected to maturity, and I think social awareness is what is lacking when it comes to PDA,” Nahra said. “I don’t want to hear your gossip from the weekend, so don’t scream it down the hallway. I also am not interested in how many swear words you can recite between the library and the commons. As an English teacher, your lack of vocabulary is disheartening. And, I really don’t want to see you canoodling one another outside my classroom door. [If someone is doing PDA] they are less mature.”

Adriana Shaffer ’18 disagrees with Nahra and believes that PDA is misunderstood by students who aren’t in a relationship.

“I don’t think it is always what it seems,” Shaffer said. “People who want to be in relationships think people in relationships just try to rub it in other people’s faces but in reality if I’m having a bad day, I sometimes just need a hug. I’m not trying to show off.”

Kuennen agrees with Shaffer, believing that PDA is something not all students understand.

“PDA either makes people feel really uncomfortable or stop and say, ‘Aw, that’s so cute,’” Kuennen said. “I would know from experience that it takes a lot of guts to show PDA.”

Though Kuennen and Shaffer both have strong opinions, Nahra still believes that PDA is something to be kept out of the hallways, and it determined to make it that way.

“[When I see it I think] gross. While I can appreciate the love two people share, I don’t need to see it,” Nahra said. “My favorite method of discouraging PDA is to make the couple as uncomfortable as possible; that’s what they are doing to me and everyone else. I usually sidle up beside the lovebirds and begin an awkward conversation, ‘Hey, guys. What are you doing? Come here often?’ Works every time.”

Despite the levels of maturity show in the hallway, Allie Pearce ’16 believes that teen love is real in any type of relationship.

“Yeah, I think [teen love is real]. There’s all kinds of love,” Pearce said. “I think the definition of love changes throughout the relationship, but that in some way it’s there and shared by whoever is in it regardless of how old or mature you are.”

Rebecca Sandhu ’17 is also a strong believer in teen love.

“Teen love is absolutely real,” Sandhu said. “It’s very uncommon that I will admit to that, but the truth is that two people who are meant to be together can find love at any stage in their life.”

The willingness to accept you are wrong is one thing Sandhu believes factors into the maturity of teen love, and that it is one thing no high school relationship can survive without.

“Every couple has arguments, but it’s working through those arguments effectively that makes a difference,” Sandhu said. “We treat it as us vs. the issue, not through tears and anger. And that 100 percent factors into maturity, just being able to take a look at yourself and think ‘Maybe I’m wrong,’ that is a huge maturity thing. It’s the willingness to let things go. I don’t think there’s any relationship that can survive without that.”