Take a look into the life of Jonah Marcussen, sophomore skater, who has found skateboarding to be more than just a hobby 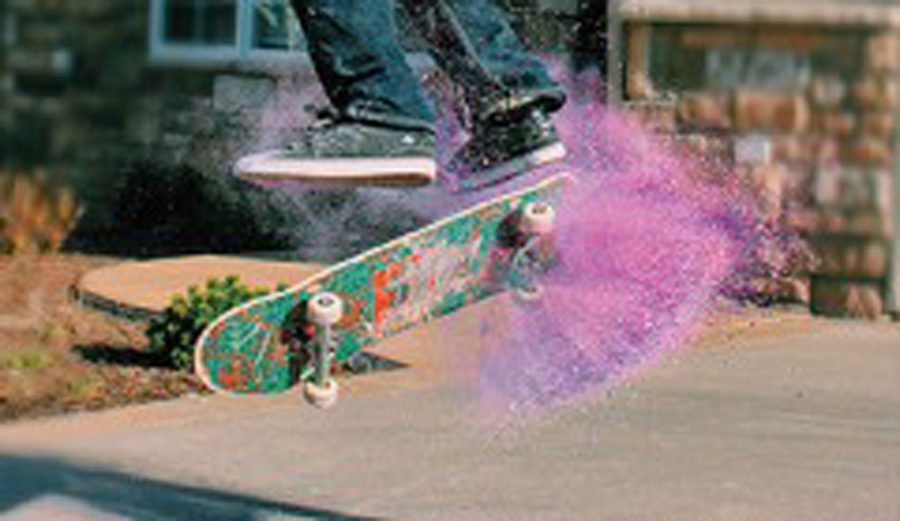 Approaching a massive railing down a flight of eight stairs, he skids to a halt just before attempting the biggest rail he has ever skated. Contemplating the possible outcomes of this stunt, Jonah Marcussen ’18 is filled with fear. With determination in his eyes, he advances to the daunting obstacle. Every aspiring skater at the park has their eyes on him as he flies into the air and lands with the front of his board grinding down the railing. He falls short of success and lands in a harrowing crash. “Wow, that was scary,” Marcussen said.

Not phased by his overwhelming feeling of angst, Marcussen runs back up the stairs to take another shot. Still, after countless  wipeouts, he is determined not to give up. Another attempt, landing beautifully on the rail and executing a flawless finish, Marcussen is greeted by a round of applause and fist bumps all around.

His drive and dedication inspires the young boys ogling at his performance. Marcussen, filled with the sense of determination, had overcome his fears once again and his day at the park ended in an invigorating sense of pride.

Marcussen has been skateboarding for around 4 years. Despite being introduced to it at the young age of six by his father, he got into it at the age of 12 after seeing his stepbrother and his friends skating. Marcussen explained that he loves skateboarding so much because it never fails to put him in a better mood.

Although Marcussen skateboards now out of passion, he first got into it for another reason. He started having family problems at home during junior high and used skating as an escape.

“No other sport or anyone or anything in my life at that time was really an escape for me, I kinda used skateboarding as an escape from my family and something that could make me happy, because I wasn’t a happy kid,” he said.

He also says that he really started progressing when he was at his lowest state of depression, and it really helped to better his mental state. Once he even ran away from home to the skatepark for a weekend, slept there overnight and skated the whole time.

He spends eight to 12 hours every weekend dedicating his time into practicing and learning new tricks. Some tricks can be harder to get down than others.

“There’s not really a hard trick but there’s a hard category of tricks, [Like a] switch-front heel. It really depends on the obstacle you’re doing or if you’re doing a flip.”

Marcussen is also hoping to continue to skate in the future.

“My biggest goals for the future is to definitely get noticed and to do something in skateboarding.”

He is making progress with his first goal, as he has accepted a sponsorship. He is sponsored by a skate shop in Cedar Rapids called Eduskate. When you get sponsored the company pays you commercially. For example they would give you a skateboard to use to promote their business. He also explained that to get a sponsor, you film yourself skateboarding and send out the tape to various companies. 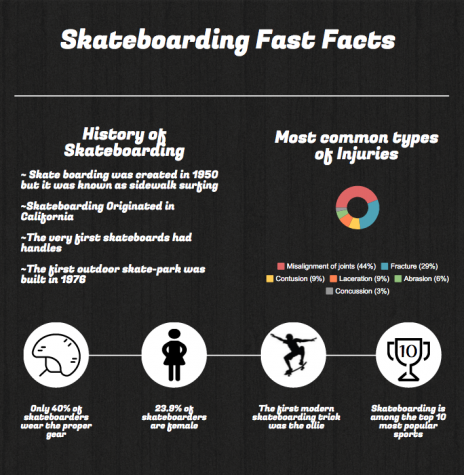 “It’s pretty much like auditioning for choir and if you’re good enough, you’ll get sponsored.”

Skateboarding has also introduced Marcussen to new people, such as Kaylub Ripperton ’17. They’ve known each other for about a year and a half and skateboarding is a big part of their friendship.

“He’s helped spark my joy for skateboarding, I started to [skateboard] a while ago, but never really got into it until I started hanging out with Jonah. From then on it really took off,” Ripperton said.

Marcussen’s mother, Kim Schulz,  is also a big supporter of his skateboarding.

“It makes him happy so it’s definitely something I encourage. I’ll say ‘I want you to come home from school and why don’t you get some skateboarding in?’”

She recalls watching Marcussen as a young boy and seeing him do tricks she never thought could be possible.

“He wanted to do things that were very challenging and he developed an incredible perseverance to want to get a trick and just keep going and going. It has been amazing to watch him progress over the years to which now he’s doing things I would’ve never imagined.”

Schulz said that skateboarding is a great source of self confidence for him.

“It helps him get a better outlook on life and where he fits into that,” Schulz said. “It helps him to quiet his mind, all of the chaos in the world, the stress of school. Whatever might be weighing on him, he’s got to set that aside to focus. It’s an outlet that allows  him to process and sort through his feelings. If he’s had a hard day, he finds escape in that quiet of the mind.”