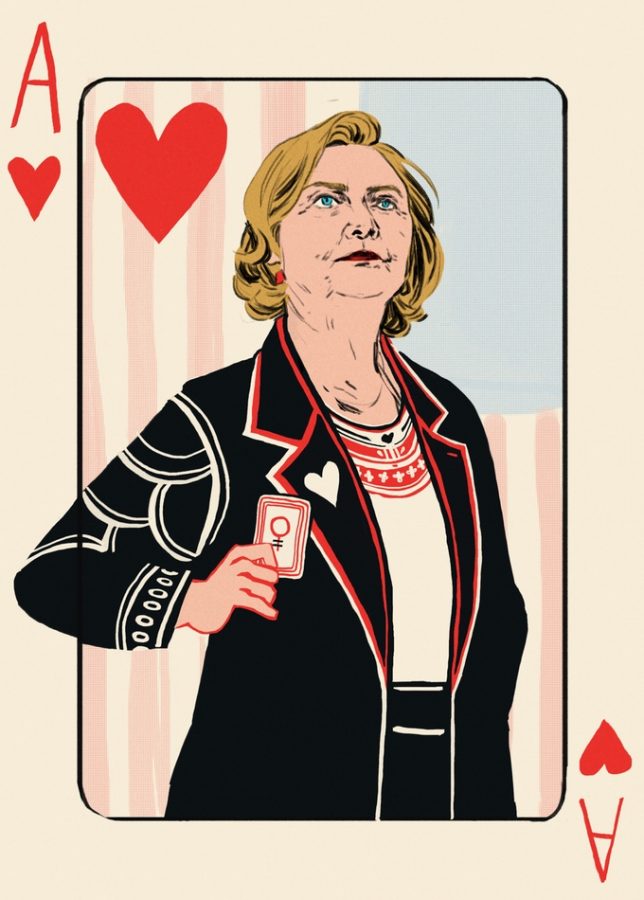 West High alumni Zach and Zebby Wahls are no strangers to the media spotlight.

Zach first appeared in the media when he spoke in front of the Iowa House Judiciary Committee against the proposed constitutional amendment to ban gay marriage in Iowa. A video of this speech went viral on YouTube, and has now amassed almost 20 million views. In 2012, just a year after his speech, he wrote a book about his experience growing up with two moms.

Zach continues to remain politically active throughout the nation. Most recently he has been campaigning for the Hillary campaign, and will also be a delegate to represent her at the state level.

Zach and Zebby worked together to create something in response to Trump accusing Hillary of playing the “woman card”, in a punny and artistic way.

“It was literally Wednesday morning. I was journaling,” he said. “I was reflecting on the speeches that Trump and Hillary gave the night before, and then it kind of hit me all at once. What if we made a deck of playing cards honoring American women? I went upstairs and got my sister out of bed at 6 a.m. and said, ‘Zebby, we gotta move on this now.’”

Zebby, however, has been thinking about doing a series on influential women for a while.

“This was kind of an extra push to do that,” she said.

The brother-sister duo launched a Kickstarter campaign at noon yesterday, and by nine had doubled their goal of $5,000. Less than 24 hours later, it has amassed over triple that goal.

“I stress out of the gate that’s not $17,000 of pure profit, we have relatively narrow margins. The way this works is that $5,000 was the amount of money we needed to break even,” he said. “There will be some profit, but the margins for actually manufacturing a physical product are not very high. I wish it was the $17,000 in the bank, but that’s not the case.”

Zach accredits the rapid success of these cards not only to the message they convey, but the quality of the product.

“What people were really responding to was yes, it’s an incredible pun, but really it’s her incredible art that’s going to make this such a big success,” he said. “Zebby is an incredible artist. She is a staff illustrator for the Daily Iowan, and she is just finishing up her bachelors of fine arts in painting.”

As a full-time student balancing two jobs, Zebby’s schedule has been pushed to the limit.

“Luckily for me, my last big art final is next Tuesday. After that’s done, I will have plenty of time to devote to getting all of the illustrations on the deck of women done,” she said.

Zach believes some of his passion for political involvement can be brought back to where he grew up, and his involvement in his high school journalism program.

“I was a reporter for the West Side Story back in the 2008 election, and that was part of how I got interested in politics. Being able to go to events here in Iowa City as a West High reporter was an incredible experience,” he said. “Without that experience, I don’t know If I’d be nearly as engaged in politics as I am today.

Zebby also finds that the place she has grown up in helped acquire the mindset of being able to make a difference.

“Iowa City is definitely very politically active,” she said. “Growing up in that climate, you really have the idea that you can be a part of the political discourse in this country.