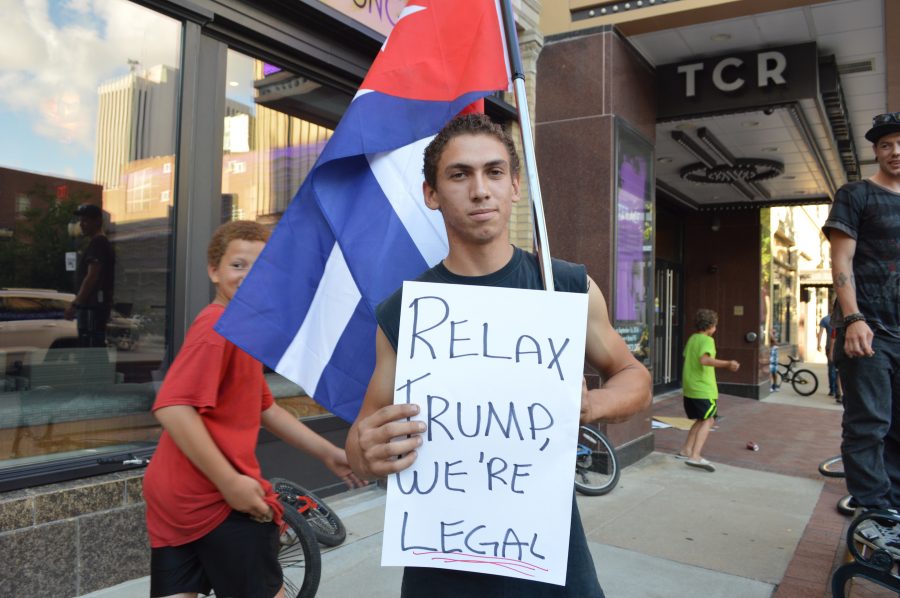 Donald Trump made his first appearance in Cedar Rapids since clinching the Republican nomination, attracting people of all ages.

The Double Tree Hilton in downtown Cedar Rapids, IA was filled to the brim on Thursday, July 28 as over 5,000 people crowded the room for a Donald J. Trump rally.

A series of high-profile politicians kicked off the event, including Governor Terry Branstad.

“Help is on the way,” he said at the end of his speech, inciting an incredible roar from the crowd.

Among the crowd were quite a few young people, some with more to say than others. Joseph Edington, a 12 year-old, came to the rally with his mother in support of Trump. He says his ideas have been shaped by his mother and the news that he watches, but admits he has a politically divided household. 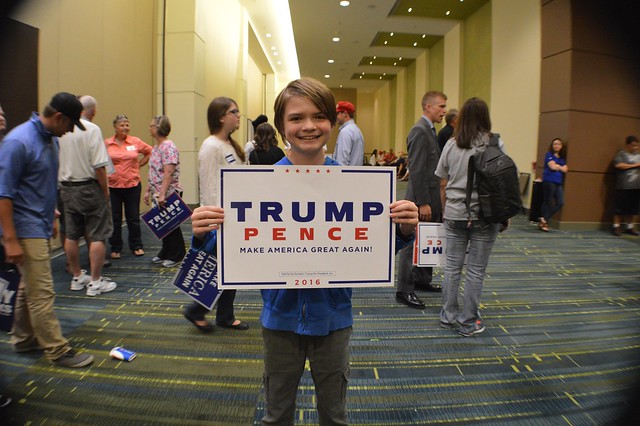 “My dad is actually posted in Baghdad. He’s a diplomat,” he said. “He’s voting for crooked Hillary.”

Hillary Clinton remained a key speaking point for almost everyone on stage, and the chant “Lock her up” was prevalent multiple times. Trump chose to use the term also, inciting “boos” from the audience.

“How bad of a choice do you think [picking Tim Kaine] is?” Trump said in regard to Hillary Clinton’s Vice Presidential selection.

“Not as bad as Pence,” an audience member said in return.

Morgan Irons, a 19 year-old student admitted that Trump was initially not her first choice.

“I ultimately have to make a decision, which one I’d rather have, Hillary Clinton or Donald Trump,” she said. “So, the lesser of two evils.”

Alexis, a 5 year-old shook her head violently to the side when asked if she was there to support the Republican nominee. However, Trump supporters around her coaxed her to either say yes or stop talking. 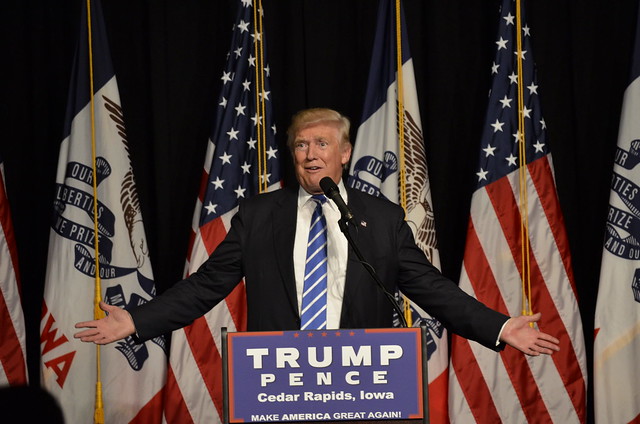 This atmosphere of passionate supporters proved dangerous for one protester who pulled out an anti-racism sign at one point near the beginning of Trump’s speech. Secret Service immediately surrounded her and repeatedly said “we have to get her out of here” as Trump supporters encircled her. At one point a secret service agent ripped the sign out of her hand, so she proceeded to pull out another one.

“We are not afraid,” chanted the woman, gleaming as she was told to sit down by secret service officers.

Along with the few protesters inside the event, over 100 people gathered across the street from the hotel to hold a peaceful protest. Everything from peace signs to people in chicken costumes could be seen, as well as a Cuban flag accompanied by a sign that read “Relax Trump, we’re legal.” 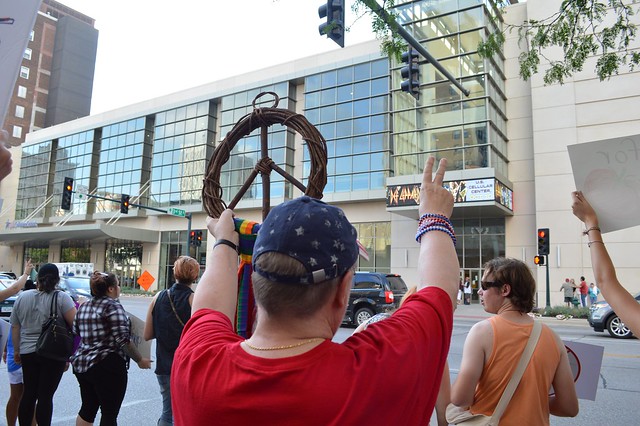 Camdyn Schmit, a 13 year-old, was brought to the rally by her parents so she could be exposed to a “Donald Trump experience”.

“The one [policy] that I don’t like is the building [of] the wall,” she said. “I don’t think it would help much and there would be other ways to get in.”

Trump also attracted many people who simply wanted to see the reality star in person.

“I just think he’s cool.” said Cole Telecky, a 16 year-old. “I don’t know any of [his policies] very well, I just like listening to him and I think he’s an interesting person.”

Businessman Donald Trump just recently clinched the Republican party nomination, and will officially compete to win a spot in the White House in November.