Stuck: the rising price of Epi-Pens

For the majority of people, allergies are just a minor, seasonal annoyance that can be fixed with an over the counter pill. But what happens when allergies are more serious, and there’s only one way to stop the reaction? 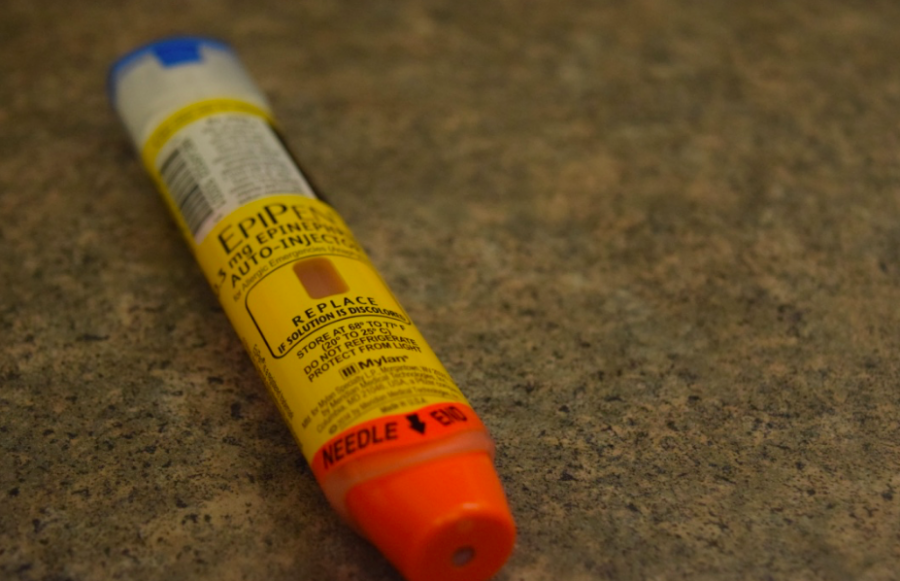 Over the last three years, Mylan, the company that makes Epi-Pens, has been increasing its prices. A two pack of pens used to be $94, and are now $608.

This steady rise in pricing comes in the aftermath of a law passed by congress and signed by Obama that provides financial incentives to states to require schools to have an emergency supply of pens. The bill was signed into law in 2013.

Mylan has always raised its prices around 22 percent every year, but in the past three years, their prices have risen 32 percent instead, according to the New York Times. There are also allegations that top executives at Mylan have been receiving large pay raises.

Aside from any charges of corruption is the fact that these changing prices are already negatively affecting people with life-threatening allergies.

Jessica Lynton, a pediatric specialty pharmacist at the University of Iowa Hospitals, has dealt with cost complaints in the past.

“Parents have mentioned to me that this product costs so much especially for a product that they rarely, if ever use,” Lynton said. “Of course, the parents are grateful that the Epi-Pen is not needed but it is a hard pill to swallow when considering the cost of something that essentially gets wasted.”

The longtime solution to paying for Epi-Pens has been to use health insurance to defer the cost. However, not all insurance plans will cover it all.

“There are a variety of insurance plans that patients may choose. For example, if a patient has enrolled in a high deductible plan the cost of the medication will be greater,” Lynton said.

Patients with high premium and low out-of-pocket cost insurance usually only owe a small copay, around five or ten dollars.

Though some insurance will cover at least one set of pens, school policy encourages families to buy more than one set, so the school can assist in a case of anaphylaxis.

“It’s because we like to have them keep some here at school, backup in the health office,” said school nurse Megan Carlson. “And those kids that carry, they have them. It used to be they could get multiple sets, but now it’s a big cost.”

Insurance companies are often reluctant to cover more than two pens at a time, so families are forced to pay out of pocket to get more.

Mylan’s brand name pen sells for $608, and they created a “generic” version that costs $300. The latter may seem like a deal, but to Mylan’s customers, it’s still a raise in the price.

Hannah Luce and her family have experienced this frustration.

“[Insurance] only covers two, so if I wanted to get more, then we have to pay outright for all of that,” Luce said. “And it’s kind of annoying, because the school . . . would prefer to have two at school at all times. They want one and they want me to carry one, and I usually want one at home and one in my purse or something.”

At $94, having several sets of pens is a large cost, but not an unmanageable one. But even $300 per two pack of pens, having extra sets might not be possible.

“There has been a significant price jump for the cost of Epi-Pens despite epinephrine being an old medication, and the injector has also been around a while,” Lynton said. “There currently isn’t a generic or other option on the market; therefore, [there is] no competition to help drive the cost down.”

But some seem to have found another way. Thomas Duong ’19 and his family stopped buying Epi-Pens after he left elementary school, and are unaffected by the recent price increase.

“As I figured out, there are other alternatives, generic medication that you can use for your allergies,” Duong said. “Like, for example, I have a peanut allergy, and I can use those medicines and they work just as well.”

Duong says he can find these alternatives over the counter at drug stores.

“It’s really convenient and cheap. They’re pills for me, but you can get them in liquid as well.”

According to CBS Minnesota, a Twin Cities doctor is currently trying to patent his own version that would cost around $50. However, he needs to raise $2 million to test and patent it, so there is currently no escape from Mylan.

Regardless of whether a generic alternative can work for everyone, a solution to the problem needs to be found before someone is caught between $600 and death.