A Hollywood movie is being created based on the true story of Caroline Found and the 2011 state-champion West High volleyball team. 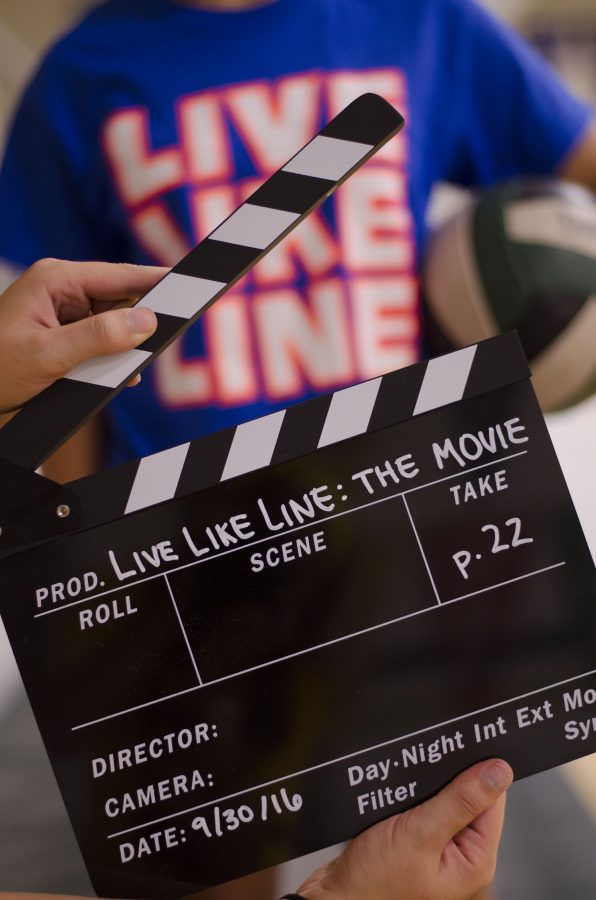 ‘The Miracle Season’ will show at the Englert Theatre on March 18.

Around 2,000 miles away from West High School is an exact replica of the West High gym. Complete with banners representing state titles up until 2011, the replica is almost spot-on.

The purpose of this gym was not to have a second practice space for the Trojans and Women of Troy, but rather to film a blockbuster movie – Live Like Line.

In the summer of 2011, West High student Caroline (Line) Found died in a moped crash. The movie, which is expected to be released in April or May of 2017, chronicles her impact on the West volleyball team as it continued on to win the state championship.

HOW DID THIS STORY BECOME A MOVIE?

Three years ago, Coach Kathy Bresnahan (commonly referred to as “Brez”) and Caroline Found’s father, Ernie, were approached about turning the story of the triumphant team into a movie. It all began when Bresnahan sent a letter that would gain rapid traction.

“Brez wrote a little bit of the story to HBO,” Found said. “So they came out and made an HBO special. They did such a good job with that, that it got movie makers excited.”

Although the prospect of a film was exciting, Caroline’s teammates were still young, and all parties involved wanted to make sure that if a movie was made, it would be made with respect and dignity.

“Our initial reaction was, ‘Hollywood’s not going to play with our hearts,’” Found said.
About a year after the initial offer, Found and Bresnahan found the screenwriter they were looking for.

“Eventually there was a company that we really trusted, LD Entertainment out of Los Angeles,” Bresnahan said. “David Cohen came out last summer for a couple of weeks with us. He also wrote the screenplay for the show Friday Night Lights.”

Cohen made a promise that anything he wrote would be respectful and honorable to the Founds, West High School and Iowa City.

“It kind of came a point in time where you just have to trust,” Found said.

Playing the part of Ernie Found is Oscar-winning actor William Hurt.
“It’s a little surreal,” Found said. “What do I say? ‘Hi, I understand you’re playing me.’” 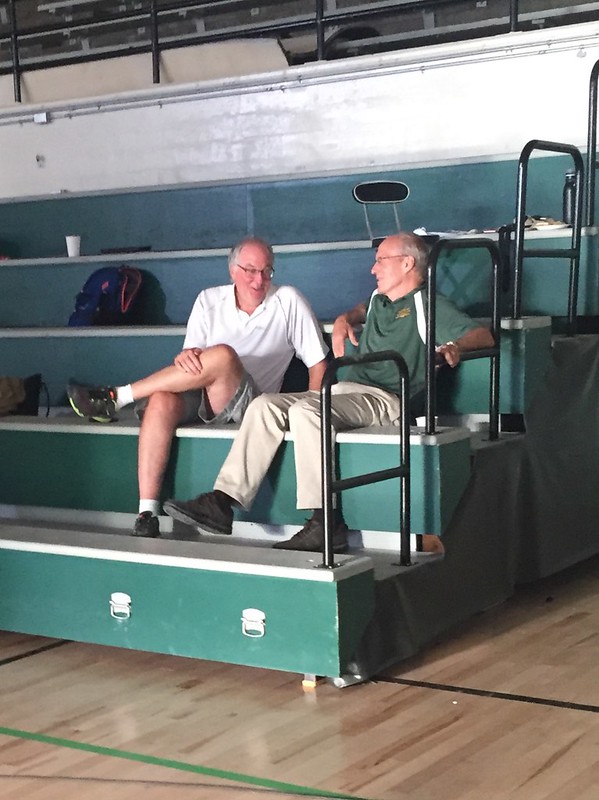 Kelley Fliehler, one of Caroline Found’s close friends, is being played by Erin Moriarty who has played recurring roles in True Detective and Jessica Jones.

“[Moriarty] truly understands the message of the story and seems to really understand and respect what we have gone through,” Fliehler said. “[She seems to truly understand how amazing Line was, what made her so special and what an impact her life has had on people.” 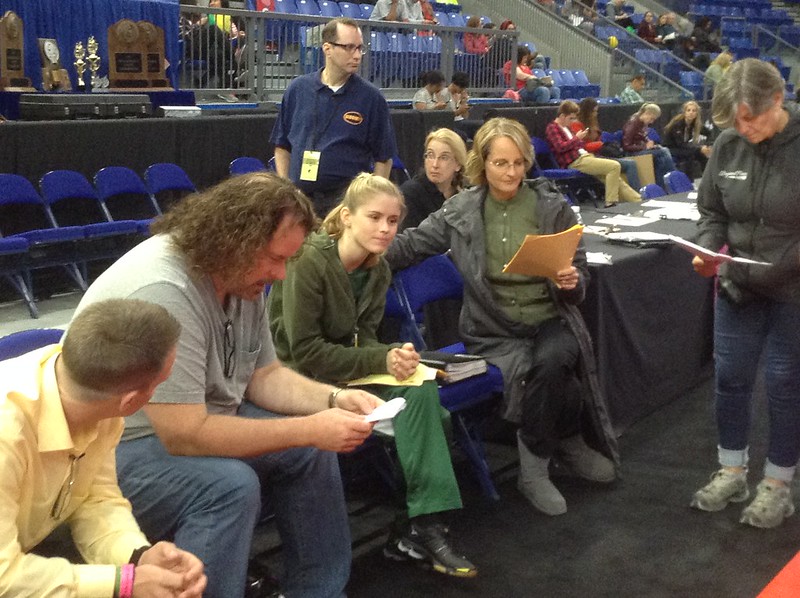 “I loved playing a coach. Specifically this coach. I was never going to capture ‘Brez’ because clearly there’s only one ‘Brez,’” Hunt said. “To find the parts of me that cared more about these girls than anything else, to find the parts of me that felt blown apart by something tragic and through working with these women put myself and them back together … this was very rewarding for me.”

Bresnahan and Hunt became close friends throughout this process, spending an exceptional number of time just getting to know each other.

“I can’t tell you how many hours I’ve talked to Helen Hunt,” Bresnahan said. “Even days of scene she would call and we would talk for an hour that morning. People just want to get it right.”

Playing the part of Caroline is Danika Yarosh, best known for her recurring role on the TV show Shameless.

“Seeing a number 9 in a green uniform walking and running around, it did take my breath away. I had to step back and kind of turn around and walk around for a little bit,” Found said. “Even though I anticipated it, you can never really be quite ready for something like that.”

Across the United States, very few states have tax incentives to encourage in-state movie production. Iowa is no longer one of them. This means that incentives such as 30% off hotel rooms and food no longer exist, and there is no reason to film a movie without any benefits when there are incentives available elsewhere.

“They wanted to film the movie in Iowa,” Found said. “But that coupled with the exchange rate between the U.S. and Canada makes it a lot less expensive to do movies in Vancouver.” 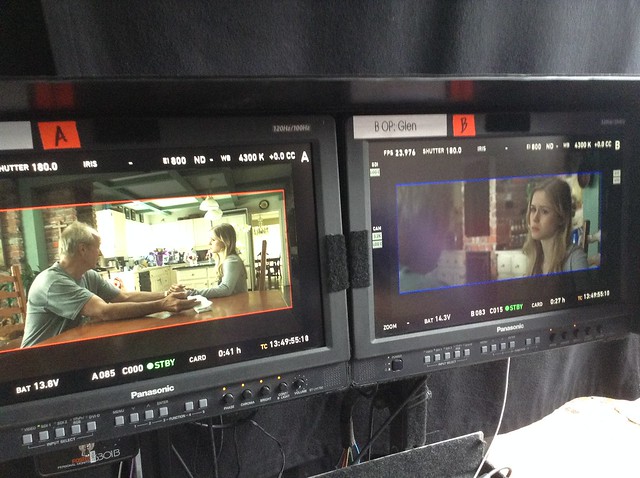 Vancouver has flourished in the movie business. They have a plethora of camera people, sound people and infrastructural capabilities to make the movie-making process as smooth as possible.
“They told me, I don’t know if it’s true, but they said they can do $1 million worth of filming there for what they can do for $1.7 million here,” Found said.

Both Bresnahan and Found have visited Vancouver twice to take part in the filming. 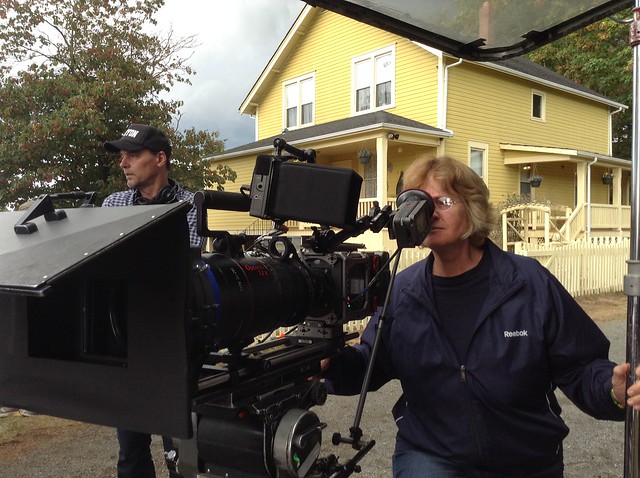 “The highlight for me was having Brez and Ernie coming to Vancouver to share the story with us,” said Pete Shilaimon, the producer of the movie.

Being on set, there are bound to be a fair share of both funny and touching moments. For Found, one of his funniest moments occurred in his first interaction with Hunt.

Bresnahan herself got the opportunity to have a cameo in the film, and it happened to be in a scene where she wishes “herself” luck.

“At the state tournament, Helen [Hunt] was going around, and she came up to me and I gave her a hug and said, ‘Good luck, Brez!’ It was so weird!” she said.

Although the impact of the Found family and “Live Like Line, Love Like Ellyn” has been felt in the Iowa City community for years, the hope is that this film will spread that message across the nation.

“The message I’m trying to send out is simple – live life to the fullest – to be grateful for every day and not take things for granted,” Shilaimon said. “The message is also that the Women of Troy never give up. That’s the strongest message, never give up.”

Fliehler hopes that the movie will influence girls around the nation to carry on the legacy of Caroline.

“If this movie changes just one little girls life, or inspires one little girl to “Live Like Line” or embody some of the amazing characteristics Line had, then for me the impact of the movie is worth it,” Fliehler said.

According to Fliehler, Bresnahan and Found, this movie is going to be one of the first of its kind, as not that many movies express stories of young female athletes.

“What movie did you ever watch as a little girl other than princess movies that showed women as strong?” Bresnahan said.

No matter what impact the film has or what the final product is, Found keeps one thought in the forefront of his mind.

“I keep reminding myself that no book or movie is ever going to change our emotions and our experiences,” he said. “They are what they are, and they will always be that way. Nothing can change that.”