Ditching Columbus: why many opt for another way to celebrate

Each year, on the second Monday of October, the national holiday of Columbus Day is recognized. The eurocentric view of exploration has always been a tough subject, so read to find out why some people think we should get rid of Columbus Day celebrations altogether. 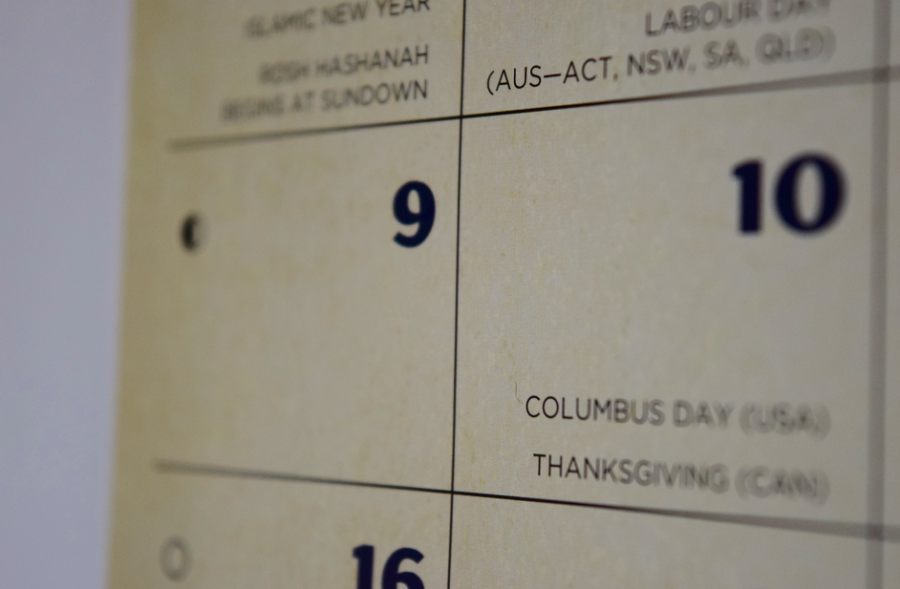 Everyone who’s filtered through the American school system probably knows a couple things about Christopher Columbus. He was an explorer; he sailed in 1492, and he was busy looking for India when he ran into an entirely new continent. Most people know that.

But what most people don’t know, or at least don’t talk about, is the destruction that came from the actions of Columbus and his contemporaries in the search for a new world.

Mitch Gross, social studies teacher, has lots of experience teaching his AP U.S. History students about Columbus and the Age of Exploration.

“I think the main crux of Columbus in the class–we’re teaching the idea [of] what’s driving Columbus to exploration and what happens on the journey–but I think the biggest piece is what happens as a result of Columbus’s arrival, not just for Europeans but for the people that were living here in the first place,” Gross said.

What happened to the indigenous population of the Americas isn’t a newly discovered tragedy; the population was destroyed by disease, and the remaining members of native groups were forced to move west when colonization began in earnest. But until recently, many non-native people haven’t been getting the full story

“For four and 500 years, the story of Columbus was told from that of a European perspective,” Gross said. “And there had been a great disregard for the perspective of the indigenous people. Up to 30 million people were here prior to Columbus’s arrival. And not only were they just here, they were flourishing and they were advanced, they were well established societies.”

The push back against Eurocentric telling of history is not uncommon, but the indigenous people whose ancestors were killed and forced to move from their homes haven’t been getting the attention they deserve.

“Those voices have been unfortunately too silent in modern history,” Gross said. Silent, at least, until recently.

One way to solve this problem is by replacing Columbus Day with Indigenous People’s Day, a holiday that would focus more on what happened to Native Americans when Columbus came.

“This would celebrate Native American culture [and] the indigenous tribes of Latin and South America, because that is an area in our history we don’t really celebrate and don’t really recognize,” Leah Brownsberger ’18 said. “By replacing Columbus Day with something that is kind of the opposite of what Columbus Day celebrates, we can give these people that have suffered at the hands of Columbus the peace and recognition they deserve.”

Indigenous People’s Day–sometimes called Native American Day–was created as a counter-celebration to the observance of Columbus Day. Festivities often include dance or musical performances, and some also include native food, arts and crafts.

“I think 12 or 14 cities in the last year or two have started having an Indigenous People’s Day in lieu of Columbus Day,” Gross said. “I think that’s an important thing to look at, because there were millions upon millions of indigenous people here prior to Columbus’s arrival. Those people have been completely erased and forgotten from most of the history books and definitely from the minds of Americans. So it’s very, very important that we celebrate and recognize indigenous people. They really were the first Americans.”

At press time, the state of Vermont was the last to make the switch from Columbus Day to Indigenous People’s Day. The only other entire state that has done this is South Dakota, and the question remains as to whether Iowa, a state named after a native tribe, will make changes. Gross thinks that, within his lifetime, it’s very likely.

“Johnson County [has a] reputation of being a place that is very sensitive to those being marginalized,” he said. “There’s no doubt that indigenous people have been marginalized in this country.”

Brownsberger is more cynical about Indigenous People’s Day’s prospects, predicting that it might only catch on for educational purposes.

“I could see at least celebrations within schools if it’s not official she said. “In history classes, talking about the impact of Columbus as a bad thing.”

Gross thinks that Iowa should take cues from neighboring cities and localities and take the plunge.

“A lot of places have already started this process, so I think it’s an important thing to look at,” he said.

But should Christopher Columbus as an explorer be disregarded? Gross doesn’t think so.

“On one hand I think Columbus the explorer is an important piece to look at,” he said. “The risks he took embarking on the voyage… there’s the great unknown and his navigational curiosity.”

Gross adds that this doesn’t mean the adverse effects of Columbus’s expeditions should be forgotten.

“There’s some who even used the word genocide as a result of his actions. What we do know is that the population of the indigenous people was decimated. Much of that was through disease, unintentionally transmitted through Columbus and his men, to the indigenous people. That’s a piece of history that hadn’t been discussed. I think it’s further complicated by the fact that there’s this national holiday to celebrate him.”

“Columbus as a historical figure was kind of a bad guy,” she said. “He discovered the wrong place, he was in it for the wealth, he wasn’t in it for the spirit of exploration.”

“The more we learn about that, the more people will realize it’s a dumb holiday after all,” Brownsberger said.

Nowadays, it’s hard to find someone who will openly condone genocide.

I think people can recognize Columbus’s bad moves,” Brownsberger said. “But there are still plenty of people that think maybe that overall, his contributions outweigh what he did.”

However, Brownsberger stresses that the toll on the indigenous Americans can not be forgotten or disregarded.

“He committed such barbaric actions against the native population. Genocide-worthy. He was just, like, an awful guy,” Brownsberger said. “The fact that we have a holiday celebrating his barbaric actions is repulsive.”

Repulsive, maybe. But a holiday? Maybe not much longer.