On Oct. 14th the West High Trojans defeated the Linn-Mar Lions at the Lion's stadium 50-7. 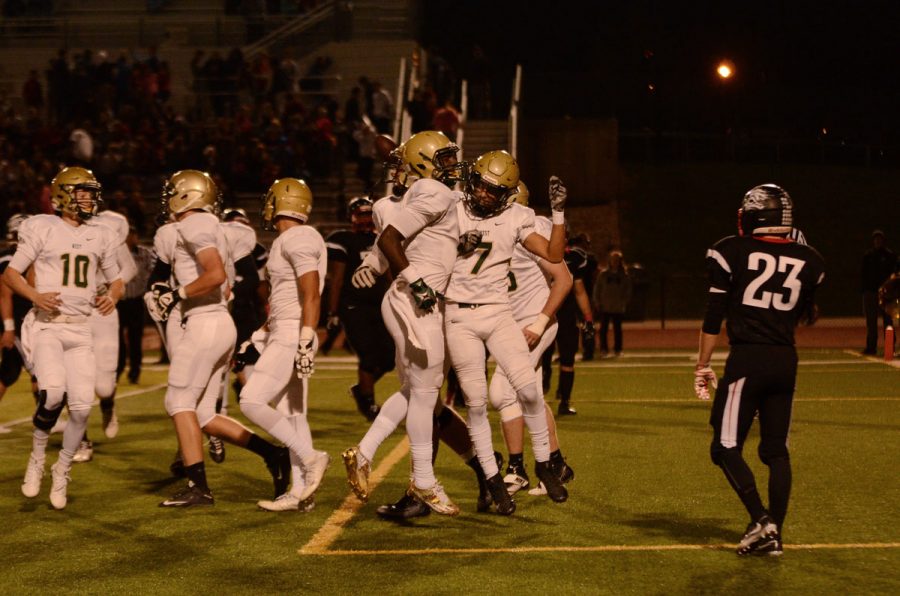 Traevis Buchanan `18 and Devontae Lane `17 celebrate one of Lane's touchdowns during their win against Lin-Mar on Oct. 14, 50-7.

West High needed a win in game eight to keep their playoff hopes alive, and the Trojans did more than that. West defeated Linn-Mar 50-7 on Oct. 14.

West high (6-2 overall record, 3-1 district) must beat Ottumwa (0-8) next week to continue their chances to enter the playoffs. For the Trojans to clinch their playoff status for sure, Cedar Rapids Prairie must beat Cedar Rapids Kennedy in next weeks game. Prairie is slightly favored to win. If Kennedy were to pull of the win, the district title would be a three way tie between the three schools. A point comparison between the three school will then be used to determine who will move on, and West would be unlikely to move on.

In summary, West must beat Ottumwa and Prairie must beat Kennedy for West High to move onto the playoffs.