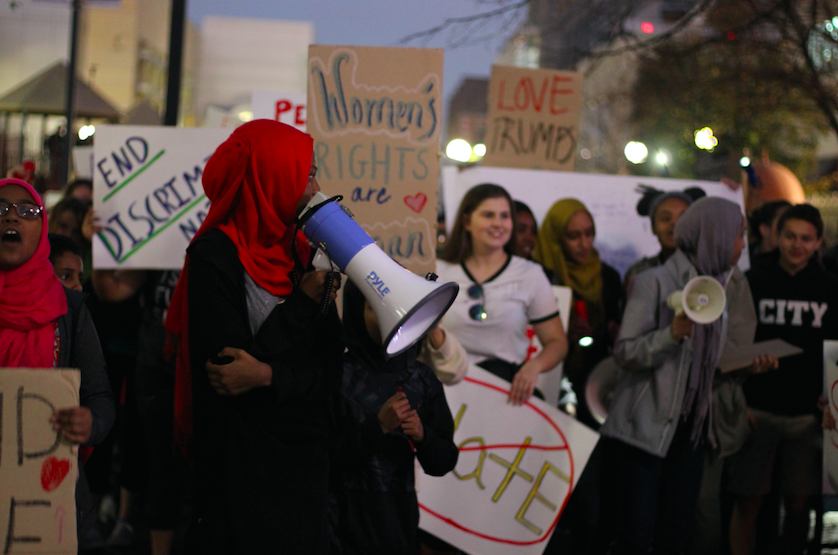 A student looks back on the community.

On Nov. 15, people from every corner of the city joined together for one cause- to end the hate.

Students from West and City High School organized the gathering which began at 4:30 pm. The community followed close behind them as they marched from the Robert E. Lee Recreation Center to the Pentacrest in downtown Iowa City, chanting phrases such as “The people, united, will never be divided” and “Ain’t no power like the power of the people cause the power of the people don’t stop.” Listen to some of the chants below.

Lujayn Hamad ’18, a leader of the protest, among others, hopes that this protest and City Hall visit will be a start to the solution for discrimination among people.

“I am here to raise awareness that discrimination against people based on religion, skin color and everything still happens, and that people need to stand together. This is a peaceful protest where we are protesting the hate,” Hamad said. “I hope that this will wake people up and show them that this is happening in Iowa City, the most liberal city in Iowa and it will show people that this is happening and we can fix it.”

Fellow student and protester Jonah Childs ’19 has confidence that this protest, like many others, will have a large impact.

“It is really important for me to be able to assemble with people who share like minded beliefs and be able to stand up for our rights as a whole,” Childs said. “Today will absolutely have an impact, just like every protest has an impact at least on the people involved.”

After reaching the Pentacrest, students shared their stories of the backlash in which they had experienced since Nov. 8, the day of the election. Watch students speak here.

Soon after, protesters began another walk- this time to the Iowa City City Hall. They spoke at the community meeting, laying out the following demands that they hoped to see implemented in the Iowa City Community School District.

Clear support from teachers and administration must be shown against bullying and harassment.
Must see teachers protect vulnerable students when they come forward with complaints of harassment or bullying.
Education about the rights of students and the procedures that ensure rights.
There must be a student led workshop and training about diversity.
The mental health of students needs to be supported and prioritized by this district.
Students should know the procedures about how to report a complaint.
Diversity classes and training courses should be added as requirements for graduation.
There must be mental health professionals in each school that are always available.

After the demands were presented to the council, members of the community shared their personal stories of discrimination post-election.

Miriam Timmer-Hacker believes that the protest, as well as the demands, will help those in fear feel a bit safer.

“It is so important to emphasize that love is better than hate and making friends is better than making enemies,” Timmer-Hacker said. “Today will have an impact because a lot of people are feeling very scared right now and standing in a big group like this is going to reassure us that we are not alone.”

Protesters ended the night outside of the City Hall building at 7:45 pm, hugging and comforting one another.

Meet more of the participants of the protest below with art by Angela Zirbes. 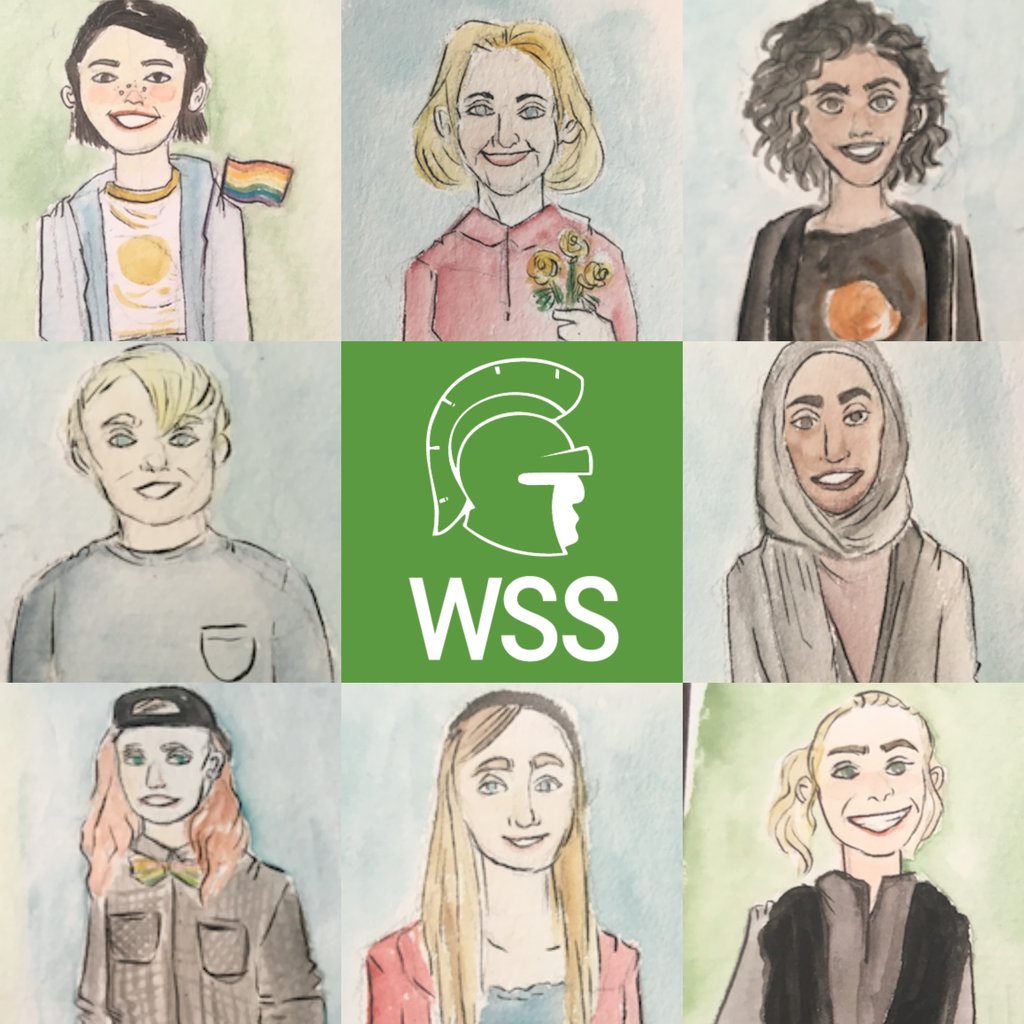