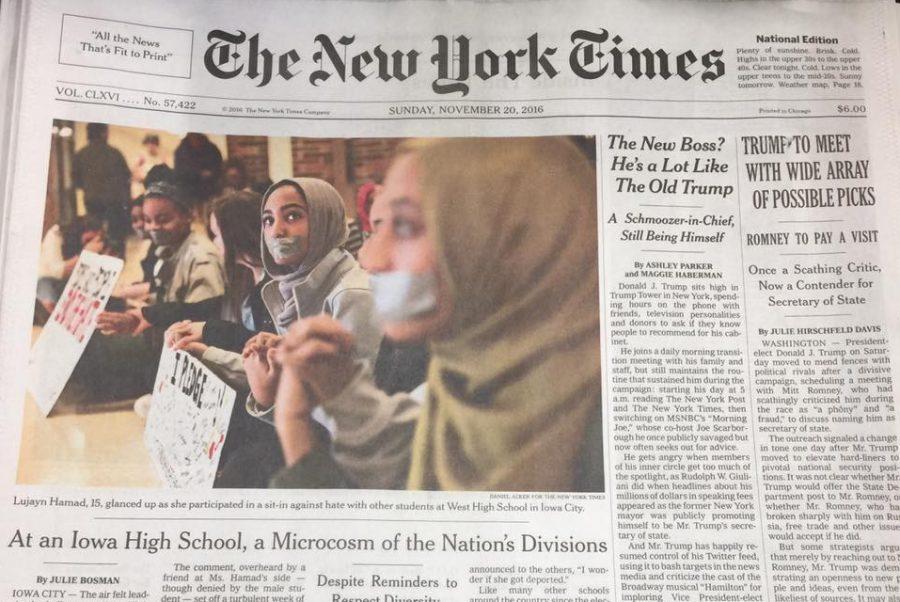 This morning, The New York Times featured West High students and teachers affected by the 2016 presidential election on their front page. The article illustrates the impact the election had on the school just days after Donald Trump was elected president. Along with quotes from principal Gregg Shoultz and teachers Carmen Gwenigale and Travis Henderson, the article highlights anti-discrimination efforts organized by West students. The story has generated thousands of Facebook shares, tweets and comments. The West Side Story compiled some of the most popular comments here: