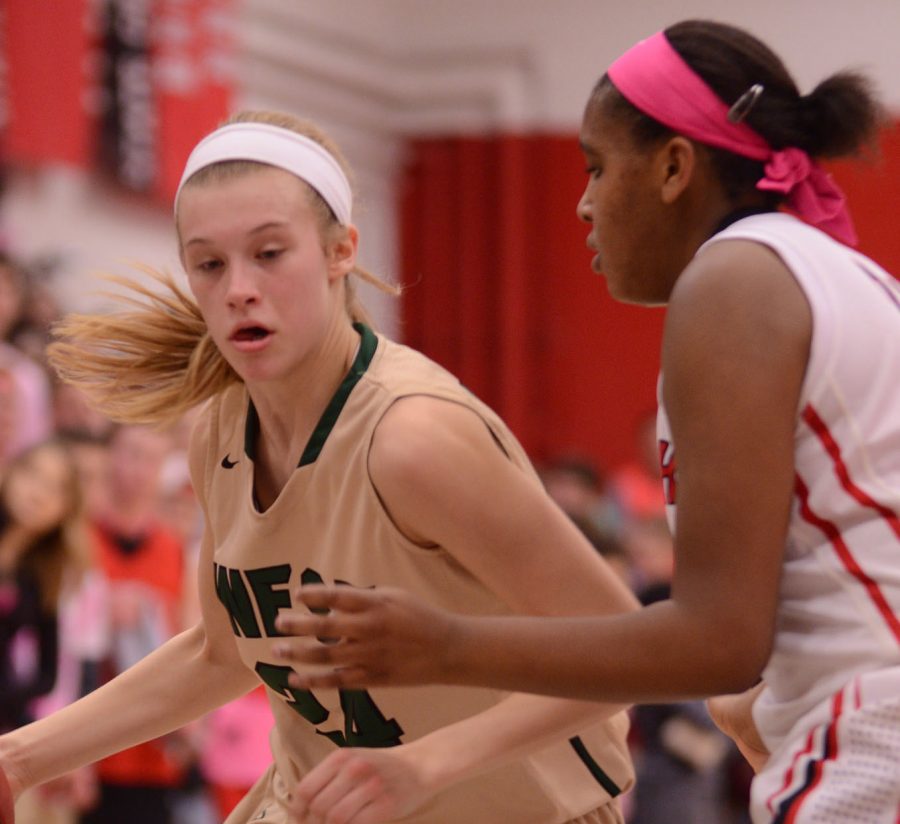 EK: My family’s always, always been a very basketball-oriented family and my dad played in college and my mom was really good when she played in high school, so they introduced me to it when I was pretty little.

EK: Probably since I was at least in kindergarten, playing tiny tots rec league.

EK: Yeah, I play for Barnstormers which is the same [team] that Lauren, Rachael and Logan all play for.

EK: It’s nice that we’ve returned a lot of our players. We’ve really continued to grow as a team over the summer because we’re all getting used to each other’s playing style. We have really good team chemistry now since we’ve all been together for a year. We all know what type of game we’re going to play this year so I’m just looking forward to really everything.

EK: I like that it’s really fast-paced. You don’t have time to really think about your mistakes; you just have to go and play. I like the team aspect of it and how it’s super intense all the time. You have your teammates who are your best friends to fall back on and they’re always there for you.

EK: So this year we want to win state. I think that’s our big goal because I think we have a pretty good chance of getting to the state tournament and doing really well. As a personal goal I just want to keep helping my team. I want to get more rebounds, get more points and get more assists. [I want to do] whatever I can to help our team win.

EK: Really the whole team has been a big influence; one of the big ones that really helped me last year was Jessie Harder. She was a senior and she was just super accepting [of] me as a freshman and that just really helped me to feel part of the team. And this year, I’m pretty much best friends with all the team, so that’s amazing. They’re all there and we all help each other with different parts of our game because we all have something that we’re good at and something that we need to work on so everybody’s kind of helping each other with the stuff we need to work on.