A quick look at the costumes for the Wizard of Oz production at West High School. 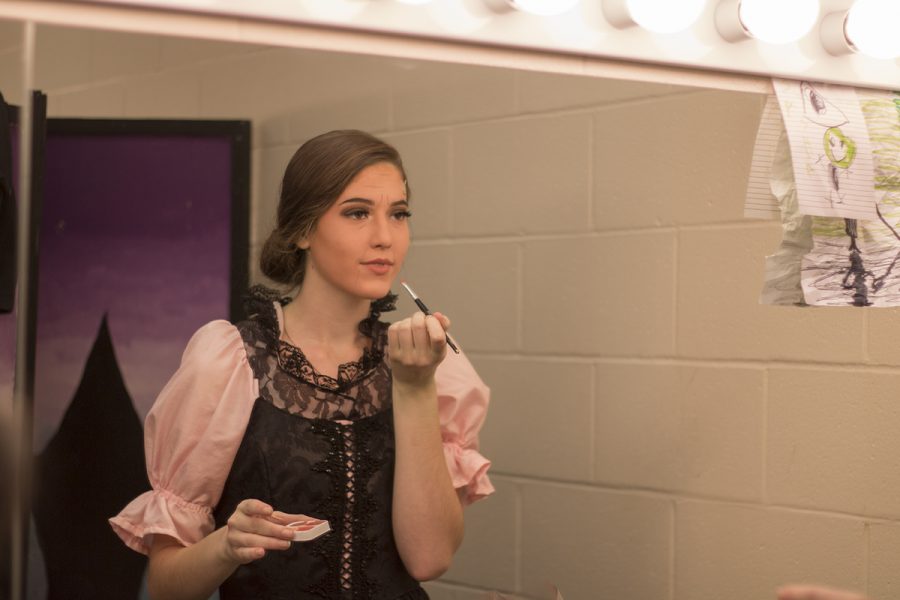 Sasha Tyler '18 does her makeup before the show.

WSS: How long does it take to make each costume for a show?

WSS: Is it expensive to make each costume?

Theatre West Costume Crew: We do a lot of shopping at thrift shops because they’re cheaper. We also buy things at Goodwill or Salvation Army if we have to make stuff because fabric is expensive. We buy a lot of curtains and bed sheets because it’s cheaper as well.

WSS: Where do you get your inspiration for the costumes?

Theatre West Costume Crew: We look at Pinterest and we do a lot of internet searching to see what other people have done. If we like it we think about how we can make it unique.

WSS: Do you make every single costume or do you buy some?

Theatre West Costume Crew: We rarely buy a ready made costume. We make just about everything.

WSS: What do you do with the costumes after the shows are over? Do you re-purpose them?

Theatre West Costume Crew: Yes and no. We put them up in the costume loft and try to reuse and re-purpose them for the next shows. The munchkin’s dress were re-purposed from Mary Poppins. We also try to sell them to other theaters doing the show.