Students react to ‘The View’s segment on West High

Twelve students give their two cents on what was featured on The View in last Monday's Martin Luther King jr. Day special. 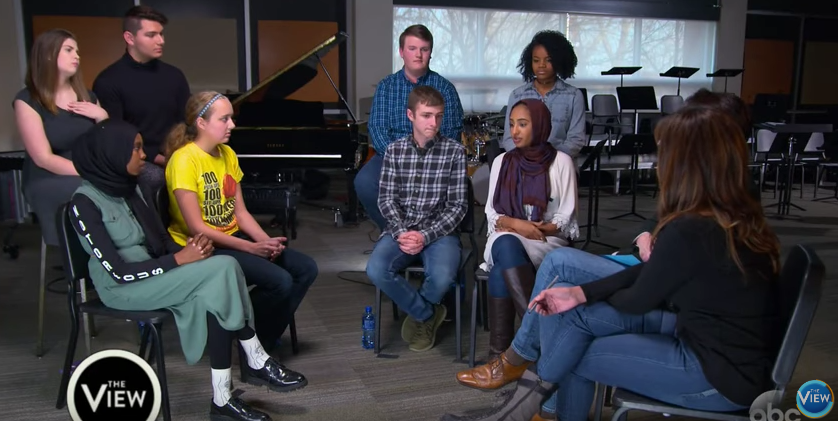 The students sit in together in the North band room during a panel discussion held by The View. The View came to West on Jan. 6.

West High students appeared on national television in The View’s MLK Day special on Monday, Jan. 16. The segment, which consisted of clips from one-on-one interviews with students and a 70 minute student panel, focused on student reaction to the 2016 election. The featured students, and Principal Gregg Shoultz, gave their reaction to what they believe The View got right and wrong.