‘You’re on your own on this one:’ the story of a female wrestler

With inspiration from her older sister, a former manager of the West High wrestling team, and her father, a former high school wrestling coach, Laurel Haverkamp '20 decided to give wrestling a try in junior high. Read on to find out about her experience as a female in a predominantly-male sport. 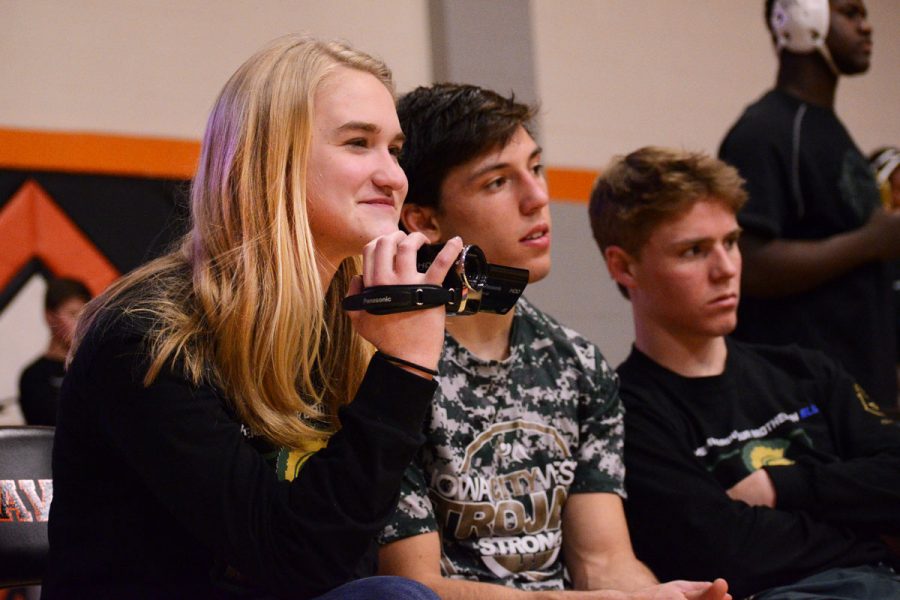 As part of her duties as a manager for the West Wrestling team, Laurel Haverkamp '20 records a match during the West vs. Cedar Rapids Prairie meet on Feb. 2, 2017.

Despite being a female, wrestling has always been a part of Laurel Haverkamp ’20’s life.

“My dad used to coach at Regina [about] 30 years ago, so my sister and I grew up going to Iowa wrestling meets,” Haverkamp said.

It wasn’t until seventh grade, though, that she officially stepped out onto the mat.

Although initially intrigued by the idea of wrestling, her experiences as the only girl in a room full of boys proved to be challenging.

“Walking into the wrestling room as a girl is really hard,” she admitted. “I think if three more girls were there, it would be ok. But that’s [more of] a personal thing where you get it handed to you during practice a lot.  I don’t know how many girls would be willing to do that,” she said. “I just kind of stayed to myself. We would come into the room and put our shoes on. I was always [apart] from everyone else, doing my own little thing.”

Haverkamp said that there were some kids who refused to wrestle her.

“I remember [we] would drill in seventh grade and one guy wouldn’t touch me and there [were] always a couple kids who were like, ‘No I don’t want to [wrestle her],’” she said. “I didn’t try that hard because I felt just so much like an outsider doing it.” 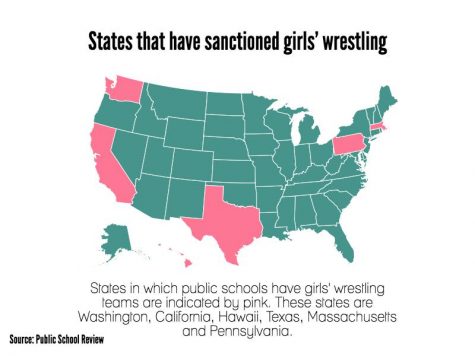 But there was always something that kept her going.

“I would just think, I’m doing this for me and it doesn’t really matter what a couple kids think. As long as I’m having fun with it and I’m enjoying it, then it’s good,” she said.

Haverkamp was also inspired by watching the female wrestling Olympic Trials held in Iowa City last year, seeing them as role models for breaking the gender stereotype in sports.

“I remember going to the Olympic Trials with my dad and seeing all these girls, and I was like, ‘Yeah, you can do that.’  I’ve never thought of myself as [a role model], but I’ve definitely thought of others as one,” she said. 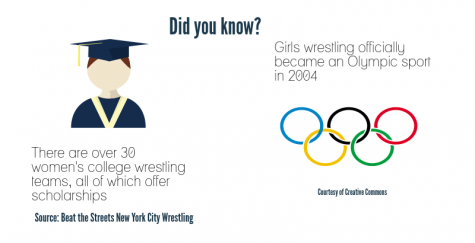 Although being the only seventh grade girl on the Northwest Junior High wrestling team posed its challenges, Haverkamp didn’t take a step back from the sport until this season.

“I started [wrestling at West High] and I just realized that I’m not in shape with [the boys],” she said.

She also came to the conclusion that wrestling as a girl in a room full of boys was more difficult than she originally thought.

“Wrestling isn’t a coed sport, but in high school … they have to make it a coed sport … I just kind of realized that maybe I don’t want to do this as bad[ly] as I thought I wanted to.” 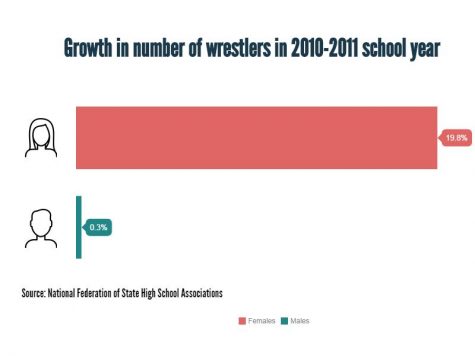 Not wanting to let the sport go completely, Haverkamp currently serves as a manager for the West High wrestling team. As of right now, though, she has no plans to return to the sport as an athlete anytime soon.

“[If] they add girls [wrestling] to high school in the next four years,  I would do it in a heartbeat. But [I won’t do it] the way it is now,” she said.

The Iowa Girls High School Athletic Union didn’t respond to requests for an interview about the future of girls wrestling.

While managing the team still kept her close to the sport, Haverkamp often longed to be on the wrestling floor again.

“I was watching them and I was like, I miss this. I miss doing this. And I miss competing…I could do it. Other girls can do it, I can do it,” she recalled. “But then once I got in the practice room, I was like, Maybe I don’t want to do it as much as I thought.”

Like Haverkamp, Kiara Malloy-Salgado ’21 began wrestling in seventh grade at Northwest Junior High. Already having a background in jiu jitsu, she joined wrestling because of the similarities between the two sports.  Malloy-Salgado recalls Haverkamp’s encouragement towards her once she signed up and noted that not having another girl on the team would have made the season more challenging.

“I was so happy Laurel was there because I had somebody to guide me through the wrestling season,” she said.

While both have faced challenges and received surprised reactions from others, neither Haverkamp nor Malloy-Salgado believe they faced discrimination when it came to the sport and their gender.

“I was not discriminated, but I was definitely underestimated,” Malloy-Salgado said.

“I think I get a lot more shock than anything,” Haverkamp said. “I went to a West meet and someone…was like, ‘Oh are you wrestling?’ and she started laughing and was like, ‘Haha, I’m just kidding. I know you’re not.’ … It’s more that they don’t expect it.”

For Haverkamp, acceptance has never been a problem. But had she wanted to wrestle 30 years ago, she doubts she would’ve been allowed.

“Feminism has come a long way. 30 years ago? No, I probably wouldn’t have been able to wrestle…And now [female wrestling] is an Olympic sport,” she said. “Some colleges have female wrestling. How else are you going to get to those levels without high school wrestling? You can’t.” 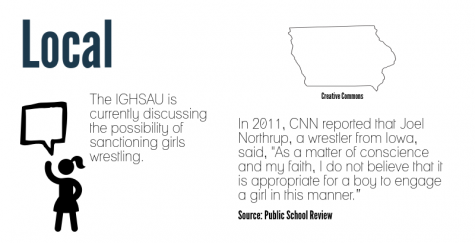 Malloy-Salgado says she has tried to get other girls involved in wrestling, but hasn’t been successful and now considers it a “lost cause.” She says she would like to see more people take an interest in the sport.

“I hope that more people will go out for wrestling–at least give it a chance. Many people see it as a bad sport, but it’s really not.  It’s about technique and timing,” she said.

Haverkamp encourages anybody on the fence about trying out the sport to go for it. She says she has no regrets about joining.

“I think you’ve just got to do it. You’ve got to put your all into it. And if you find out it’s not really a fit for you, that’s okay, too. You tried it and you know,” she said. “Just be proud that you try it and be proud no matter what; otherwise you’ll [ask yourself], Could I have done it? And you never want to question those kind of things.”