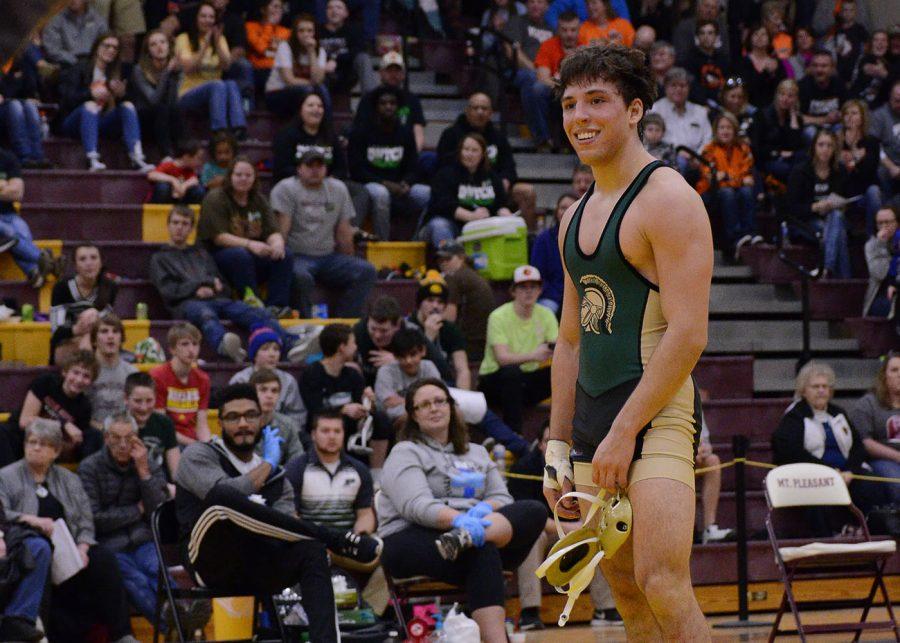 West Side Story: How have you done so far this season?
AA: I’d say I’ve done alright.
WSS: How have you improved from the beginning of the season or from last season?
AA: I think I’ve gotten more aggressive and have been able to finish my shots. Better on top than on bottom.
WSS: Who was the most challenging competitor you’ve faced?
AA: I can’t remember anybody specific.
WSS: Anybody who will challenge you at state?
AA: If I win the first match at state then I’ll have the number two kid to face.
WSS: How are you preparing for state?
AA: We have practice. Eating healthy and going to practice.
WSS: What’s your favorite wrestling move?
AA: I just like to get to the legs. Probably with a single then finish it from there.
WSS: What do you expect out of state?
AA: My goal is to place.