Harry Westergaard looks at the new X Men film, "Logan" the last to star Hugh Jackman in the title role. 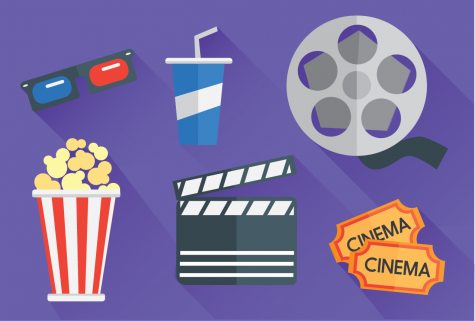 I have enjoyed the superhero genre, ever since my younger years, playing with action figures and watching the cartoons each morning. As I’ve grown older, I’ve continued to be fascinated by the myths of the heroes and their stories. These modern American myths have become more apparent than ever, with this genre dominating the box offices in recent years. There is a formula to these films that, delightful as it can be, has become a bit stale. There are the CG baddies, the underdeveloped villains and the overlong third act action sequence. As with any established genre that has often been imitated, there also comes along a film that throws the formula out the window and shows what the superhero genre can be at its best. “Logan” is that film.

The film focuses on Logan, the once feared Wolverine of the X-men the superhero team of mutants led by Professor Charles Xavier. Now working as a limo driver in a future where mutants are practically extinct, he cares for his old mentor, Xavier, who is suffering from a deteriorative mind disease. His powers aren’t what they once were either, and he frequently has seizure-like outbursts. However, Xavier discovers a young mutant named Laura, who may be related to Logan. Before he has a chance to think this over, Logan must flee with Xavier and Laura from a group that is determined to capture the girl, no matter the obstacles.

Taking the best parts of the tone and characters from the comic storyline, “Old Man Logan,” and inspiration from classic westerns such as “Shane” and Clint Eastwood’s “Unforgiven,” the film gives us a gritty superhero movie firmly rooted in the real world. When people are sliced with Logan’s claws, it’s a bloody mess, not a quick clean camera cut with a splash of red. While the blood and guts make the film difficult to watch at times and guarantees that this is not a superhero film for kids, it raises the stakes and shows the vulnerability of these characters. The antagonists do not hold back; this is a film with a body count, and a massive one at that. It’s not just exclusive to the bad guys either, as we see Logan fight more brutally than we have ever before. This is finally a worthy depiction of how he fights in much of the source material. At the same time, it also serves as a critique for how the comics and the films portray violence as something so benign, and death as something that can be easily reversed.

Hugh Jackman leads the film as Logan and gives the performance of his career, showing just how strong of an actor he really is. Jackman has been playing the character for almost 17 years, and he delivers what is perhaps his most dynamic and subtle performance to date. The whole film has a Clint Eastwood vibe about it, and this applies to Jackman’s performance as well. On the surface, there is a lot of Eastwood in his grunts and terse speaking. But he also retains the Eastwood tradition of saying a lot with few words. Through his expressions and the world-weary way in which Jackman carries himself, we see a man battered after decades of living a violent lifestyle. There is an early scene in the movie where he has to put a lot of effort into heaving out a lodged claw. His healing factor isn’t what it once was and this is slowly taking its toll on him. But he’s fighting his way forward; it’s what he does best, even if it’s not very pleasant.

Patrick Stewart gives a devastating and brilliant performance as Charles Xavier. He’s in his nineties, and his once amazing mind powers are now getting out of hand. This manifests itself in the form of super seizures, that not only shake him up, but also everyone around him. He’s held at bay by drugs Logan provides, but he’s still not what he once was mentally. The best part of Stewart’s performance is how well he plays someone suffering with this type of disease. Xavier is still there, but he is buried under layers of confusion. When the classic Xavier we know shines through, it is all the more terrific. Stewart does this role so effectively and with much depth. One of his finest performances— and that’s saying something considering his back catalog.

Dafne Keen delivers a strong debut performance as Laura, the young mutant Logan and Xavier must protect. She is subtle for most of the film, which is a trait that is to be cherished in child actors, for it is so rare. As with the lead, she does says a lot with a few words, and when she does explode in some scenes, it feels earned and precedented due to how quiet she is for most of the movie. For an eleven year old, it is a very dynamic and effective job.

If I have any problems with the film at all, it would be in the villain department. There are two major ones here (and maybe a third too, whom I will abstain to mention to avoid spoilers). There’s Boyd Holbrook as Pierce, the leader of the reavers who speaks with a southern drawl and has a prosthetic robot hand, and the great Richard E. Grant as Dr. Rice, a scientist working on refining mutant abilities.

Neither of these performances are bad per se. Holbrook is deliciously devious in his scenes, especially when playing against Jackman early in the film. Grant is, as always, superb, Rice is a character you hate so much that you must see defeated. The only problem is that the characters lack any real depth. They aren’t really that fleshed out, but I’m going to argue that this isn’t the point of the movie- it’s more about the core three characters, aging and violence. The antagonists help to push the plot and do so in an elegant and clean way without adding any unnecessary computer generated monsters or such.

Most of the creative team from the previous film in the standalone Wolverine series, The Wolverine returned for this film and really have built on their work. James Mangold is the director, this time also working on story and screenplay, and is joined again by player Scott Frank. Marco Beltrami does the score once again. He uses piano, drums and even some wind that calls back to classic composer Ennio Morricone with a pinch of Carter Burwell in there for good measure. Mangold did a very admirable job on “The Wolverine” and follows it up here with a beautifully simple look at this future America, which looks just futuristic enough in tone without having flying cars or the like.

“Logan” is an arthouse character study fused with some action that happens to have a superhero at the center of it. With strong performances from it’s main cast (I will be quite disappointed if there aren’t Oscar nods) shot wonderfully by director James Mangold. It was a very emotional human story, that affected me not only more than any other superhero film, but any movie that I’ve seen recently, period.