The invisible wall down First Avenue

President Trump returned to Cedar Rapids to a much bigger crowd of both supporters and protesters. 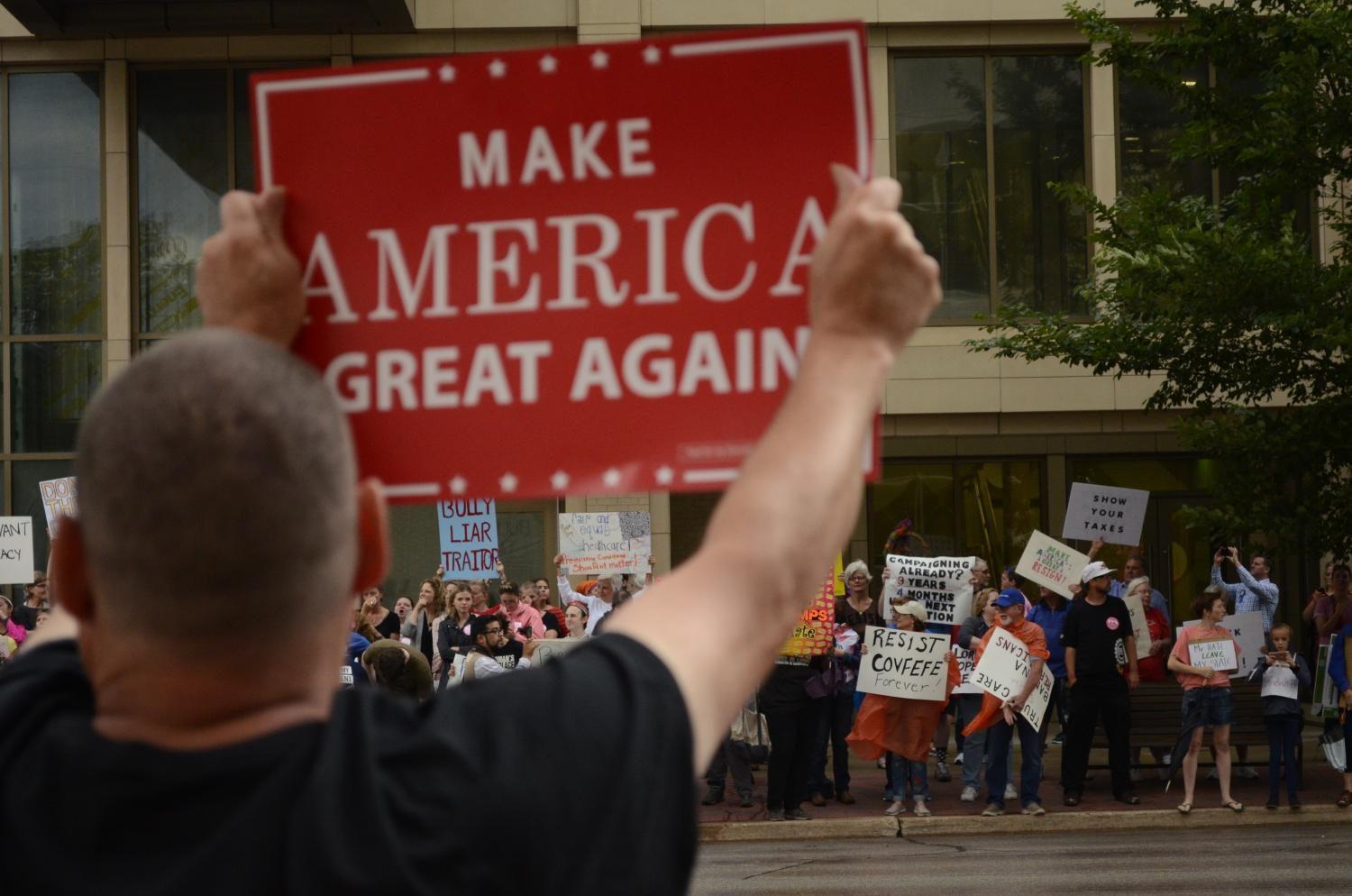 The last time Donald J. Trump made an appearance in Cedar Rapids, Iowa, it was as the Republican nominee for president. He returned to the Double Tree Hilton on June 21 as President of the United States.

One supporter grumbled, “there should be a wall built on first avenue.”

“My grandpa brought me here for my birthday,” he said.

Timlin wasn’t the only one to travel to Cedar Rapids for Trump.

Ryan Mahar, 17 years old, traveled from Michigan to see the President. He couldn’t pinpoint specific policies he sided with Trump on, but likes how “Trump speaks his mind, and isn’t fake like everyone else.”

Across the street from the line of people waiting to enter the rally was an anti-Trump protest. Among them was 11-year-old Hayden Morris.

“I’m here to protect my health care,” he said.

Morris carried a giant green sign that stated he has autism, ADHD, SPD and epilepsy. It was followed by a statement that read “Don’t I deserve healthcare?”

The protest was organized primarily through Facebook. Elizabeth Dinschel, the founder of Action Iowa, helped organize a walk-out from the rally. The protesters blew whistles and ripped up signs just a few minutes into the President’s speech.

“I got hit in the face twice on the way out, and then the woman told me that Jesus loved me and I replied that Jesus wouldn’t hit people,” she said.

Dinschel’s daughter, Jessica Lowman, 16 years-old, also walked out. She pretended to be a Trump supporter for over two and a half hours while inside.

“They were trying to get a hold of us and tell us we didn’t belong here,” she said.

Throughout Trump’s 70-minute speech, the crowd remained resilient. Planned Parenthood continued handing out shirts and supporters of the President kept standing their ground.