On Saturday, Jan. 27, Trojans competed at the annual Science Bowl in Ames, Iowa. 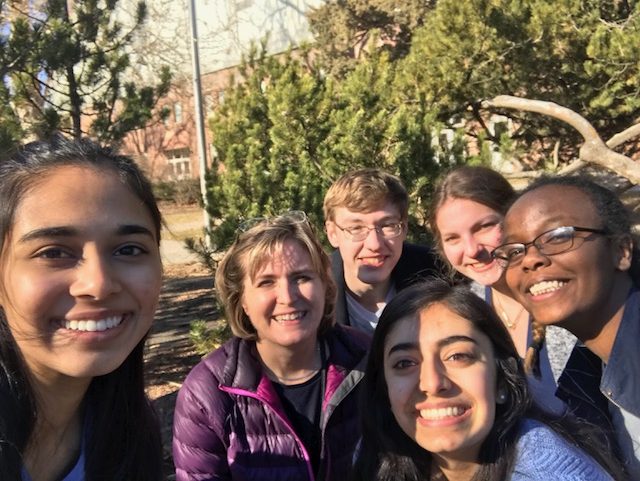 Shortly after the competition, the West Science Bowl team takes a group selfie.

“I got an e-mail from Gregg [Shoultz] that was forwarded from the U.S. Department of Energy encouraging teachers to get a team together. I checked with the rest of the science department and no one else wanted to do it…so I volunteered,” Walling said.

This year was the first time after more than five years that West High brought a team to the competition.

“The five of us spent several weeks preparing for the competition. We didn’t really know what to expect, but we tried to review as much as we could to prepare ourselves,” Kapoor said.