In response to the Florida school shooting, roughly 300 ICCSD students marched to the Pentacrest this afternoon to speak out against gun violence in schools. 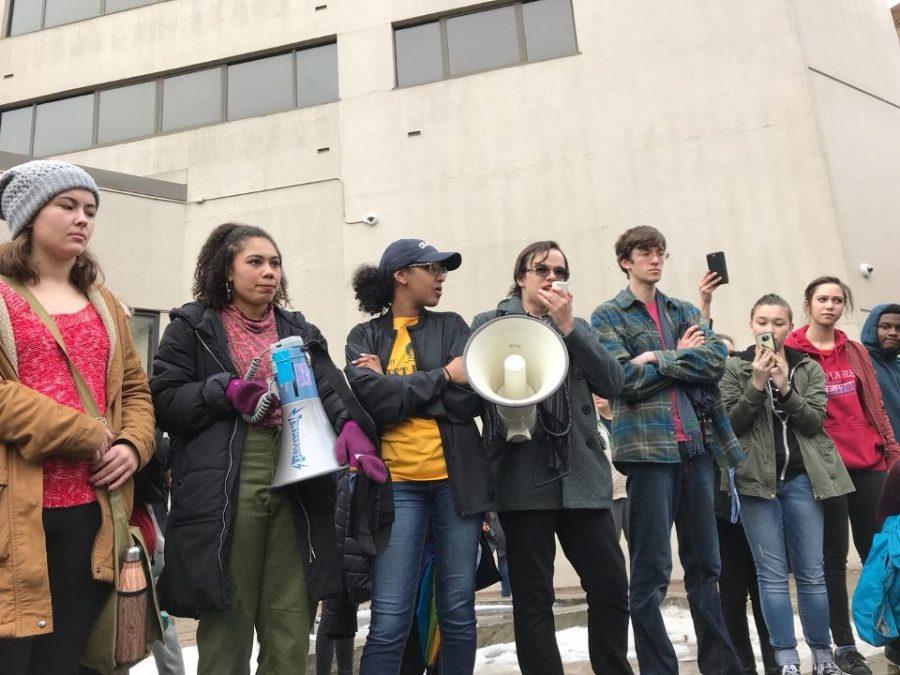 As rain intermittently poured down on the Pentacrest in downtown Iowa City, voices amplified by a megaphone cut through the fog, blaring out pro-gun control slogans to be repeated by the growing crowd.

Joining a series of school protests across the nation, students from across the Iowa Community School District gathered today to peacefully speak out against the lack of gun control in light of the recent school shooting in Florida. Although the walkout was initially organized by students at City High and Southeast Junior High, speakers from West High joined their classmates from across the river to voice their concerns about the safety of their school.

Continuing the message of this walkout, the organizers of today’s event plan on hosting sessions at both City and West High to call Iowa legislators and raise their concerns on the topic of gun control this Thursday. Volunteers from the League of Women Voters will also be present to register those over the age of 17 and a half to vote.