The West High Trobotix team competed at the FTC State Competition on Feb. 23-24 in Coralville. 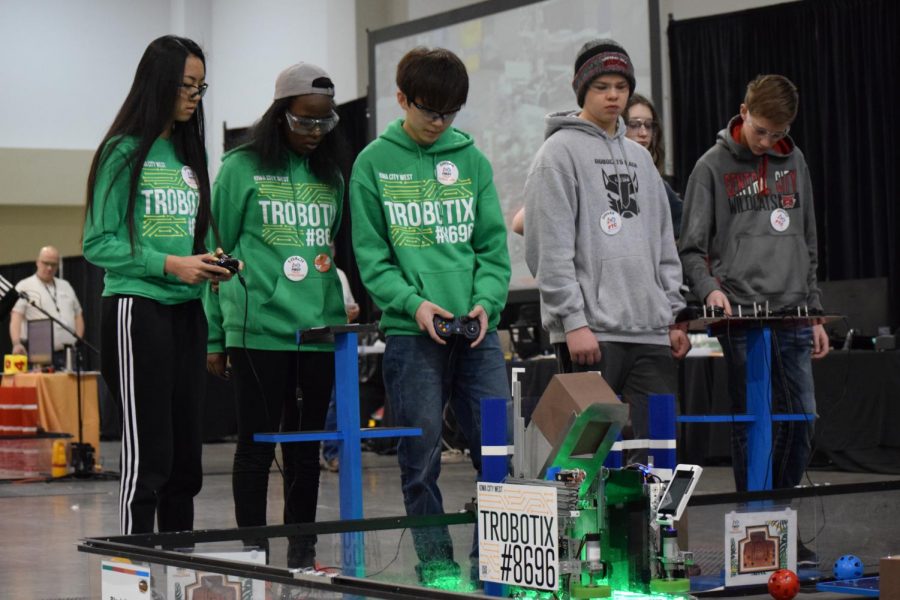 The drive team consisting of (from left) Rachel Ding '19, Eman Elsheikh '18 and Jeongwoo Seo '18 add blocks to the cryptobox during a match on Feb. 24th.

The West High FTC robotics team, Trobotix 8696, participated in the Iowa State FTC Competition in Coralville on February 23-24. They were one of the 48 best teams in Iowa to compete at this competition and the only team from Iowa City.

The Trobotix team had six qualifying matches, of which they won five and placed third in their division. They then competed in the semi-finals of their division of which they won two of three matches to move on to the division finals. They lost two of the three matches in the division finals and were not one of the 13 teams to move on to the North Super Regional Competition in Cedar Rapids. Their season ended sooner than expected, but they will continue to work during the off-season to prepare for next year.