Thursday schedule in effect for tomorrow

A Thursday early-release schedule will be employed tomorrow, Fri. March 2. 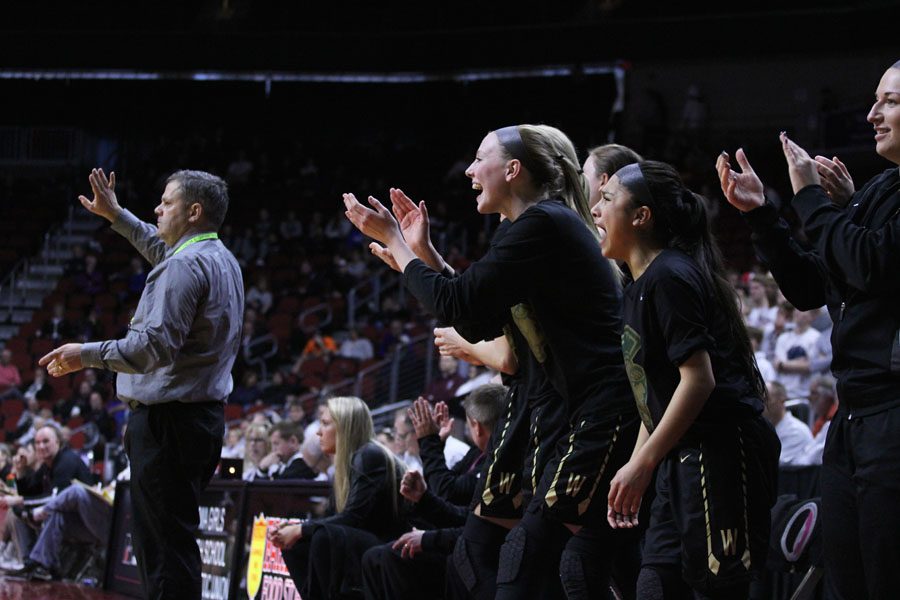 The team celebrates during the fourth quarter of the game on Monday, Feb. 26.

With a victory over No. 10 Indianola, the West High girls basketball team will be returning to the Wells Fargo Arena for another game. The No. 9 Women of Troy will face their cross-town rival, No. 1 Iowa City High, for the state championship.

Principal Gregg Shoultz confirmed via Twitter that the regular bell schedule will be switched on Friday, March 1 for the early-release schedule to allow students and faculty to make it to the game, which will begin at 6 p.m.

The athletic office is working on getting a pep bus for the game. It will cost $10 for students and cover the cost of the ride and ticket to the game. Students can sign up tomorrow morning in the athletic office. Updates from today’s semifinal win over Indianola will be posted later.

Thursday schedule tomorrow so students and staff can make the all-IC girls basketball finals (and cheer on the Trojans!) pic.twitter.com/8iAgxiochm