Need ideas for what to watch as spring break drags on? WSS recommends five classics celebrating various anniversaries this year. 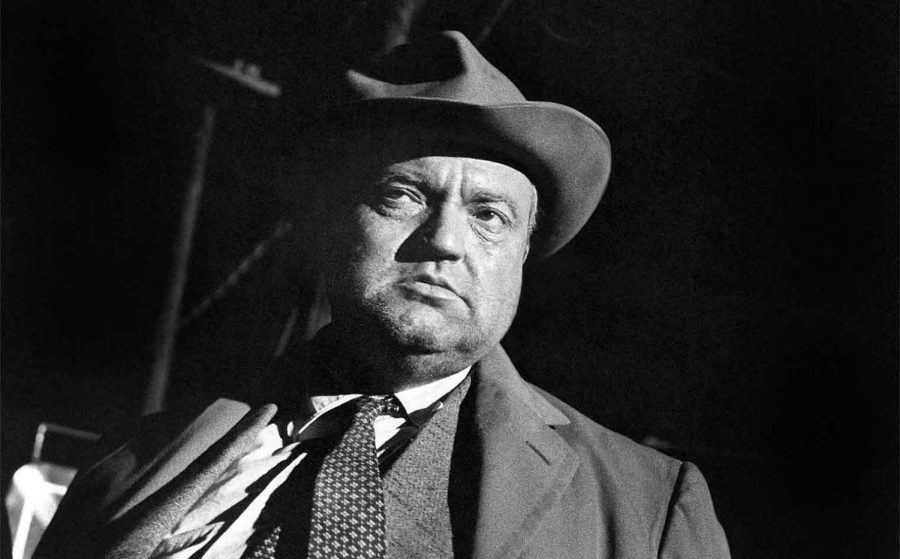 Still of Orson Welles from his film "Touch of Evil." ~Universal Pictures

One of my favorite pastimes as a film buff is to look at what films have anniversaries coming up, and rewatch them accordingly to see what new things become apparent. Spring break is as good a time as any to indulge in this. With a whole week off, there is no shortage of possible films to watch. Exciting as this sounds, it can also be rather daunting. Where to start? That’s where this nifty list I came up with comes in handy. Five classics celebrating various anniversaries this year that it would do you good to check out at some point over break.

The noir genre was the perfect playground for Orson Welles. Looking at his earlier films, the influence is undeniable. It’s somehow fitting that “Touch of Evil,” the first noir he made, was also one of the last crowning achievements of the classic genre. As always, Welles was ahead of his time. The camerawork is a marvel to behold even to this day. He employs all kinds of tricks that were unheard of in a studio picture in that time. Tight, claustrophobic close-ups, tracking shots, wide shots and long breaks without cuts help paint a vivid picture of the Mexican/American border, large, expansive, full of life and seedy characters, and yet at the same time corrupt, empty and shallow. Welles also gives one of his more memorable performances on the screen as Hank Quinlan, the corrupt “local police celebrity,” on the American side of things. The character is multi-faceted. Despite what we learn about him as the story progresses, you can’t help but feel some sympathy for a man who has fallen from grace. If you decide to check out the film, do yourself a favor and make sure it’s the restored version.

“Bullitt” is most fondly remembered for the landmark chase scene in the middle of the film, in which everything takes a backseat to the action of the cars and the rough yet tense energy of William A. Fraker’s cinematography. This undersells the rest of the film, which is a splendidly made thriller that moves at a clip. Despite the low budget, the film has a sheen to it, a cool jazzy style. This is in part due to Lalo Shifrin’s smooth score, but also Steve McQueen’s minimalist performance as Frank Bullitt. He just oozes cool in every scene, and has that certain detective quality where he can just flash a look or emit an exhale that says everything about his gruff complexion. Having numerous stylistic similarities with the “Dirty Harry” films that would dominate the crime genre in the seventies, “Bullitt” was in a sense ahead of its time in terms of popular entertainment. Even today, despite lacking originality in plot, it’s still immensely watchable as a expertly made thriller that stops for nothing.

Former Monty Python members John Cleese and Michael Palin banded together with Jamie Lee Curtis and Kevin Kline for this splendidly sharp farcical crime film. It involves attempts by a heist crew to double cross each other in order to locate diamonds only their imprisoned leader knows the location of. The screenplay takes the best elements of the absurd humor the Pythons were known for and mixes it with quirky characters who play off each other expertly. Coupled with the pitch-perfect casting and performances, the film never disappoints, consistently providing laughs for the full duration of its runtime.

Wes Anderson’s second feature film builds upon his previous effort “Bottle Rocket” with its precise camera work and soundtrack infused with Mark Mothersbaugh tunes and obscure needle drops. This coming of age story concerns Max Fischer (Jason Schwartzman), who partakes in every extracurricular activity at Rushmore Academy, at the expense of his grades. He falls in love with a teacher, Mrs. Cross (Olivia Williams) and befriends Industrialist Herman Blume (Bill Murray). The film is a highlight of Anderson’s nearly flawless filmography, with his stunningly detailed cinematography and mastery of deadpan humor in full-spin. Equal parts hilarious and bittersweet, the film is a touchstone piece of indie cinema that is endlessly rewatchable. If you are unfamiliar with Anderson, it can also serve as a good place to start.

When speaking of Indie touchstones released in 1998, one cannot overlook “The Big Lebowski,” the eighth feature film by the Coen Brothers. Though initially dismissed by critics at the time, the film rapidly grew a large cult following, and is now seen as one of the high points in the Coen’s careers. The film blends elements of Neo-noir, Western, surrealism and stoner films in the convoluted tale of laid-back bowler The Dude (Jeff Bridges) who gets entangled in a plot involving kidnapping, blackmail and nihilists. The plot takes a back seat to the characters here, as we watch them wade through the mystery, seldom understanding it any more than the audience. Add to that the cast featuring many indie favorites (Jeff Bridges, John Goodman, Steve Buscemi, Philip Seymour Hoffman, John Turturro and Sam Elliott) with stellar writing and direction by the Coen Brothers and you have a bonafide classic that only gets better on repeat viewings.