Women of Troy defend the Spike

The girls volleyball team travelled to City to compete in the annual Battle of the Spike. 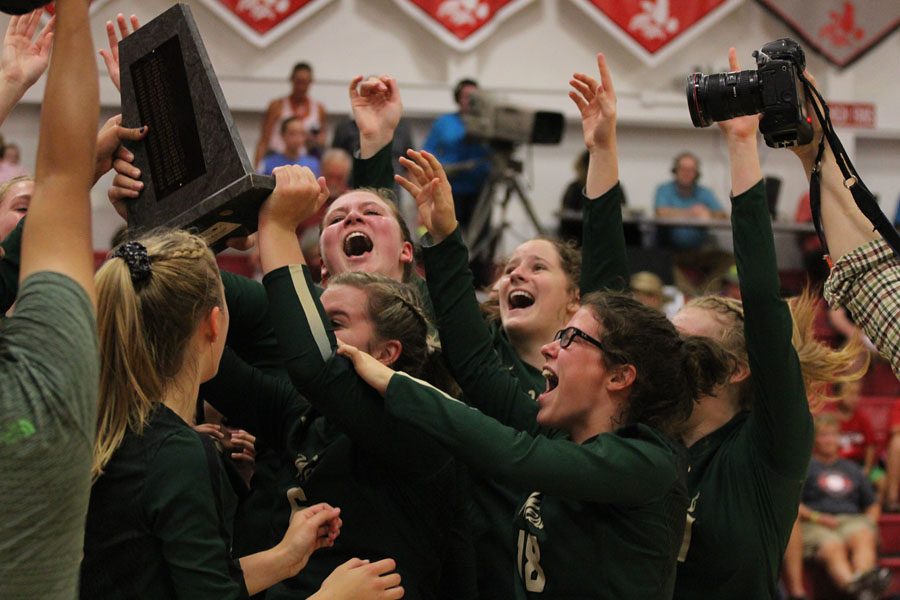 The team huddles around the spike after their 3-1 victory over City on Tuesday, Aug. 21.

Fans of all ages filled the stands of the City High gym on Tuesday, Aug. 21. The girls volleyball team traveled across town to compete for the Spike. After two close sets, with each team winning one, the Women of Troy went on to win the last two sets to defend the spike, 3-1.