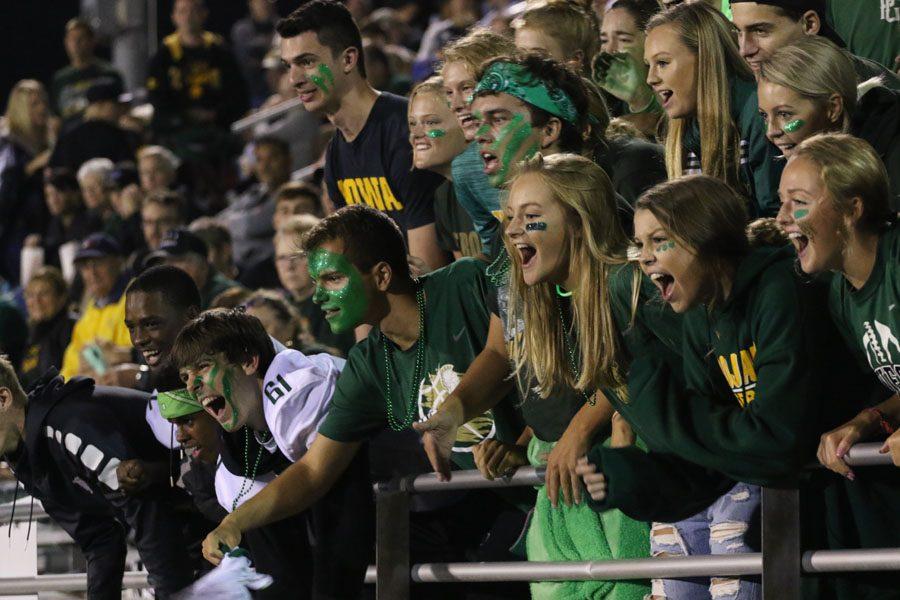 The student sections cheer for the drum line during halftime on Friday, Aug. 24.

Green and gold filled the stadium stands on Friday, Aug. 24. The boys football team hosted North Scott for their first game of the season. The Trojans defeated the Lancers 28-7. Jalen Gaudet ’19 scored three touchdowns: one during the first half of the game and two during the second half. Quarterback Joey Kuehn ’19 carried the ball for the last touchdown of the game. For Snapchat coverage click here and for Twitter recap click here. No. 7 West will travel to No. 4 Bettendorf next week.