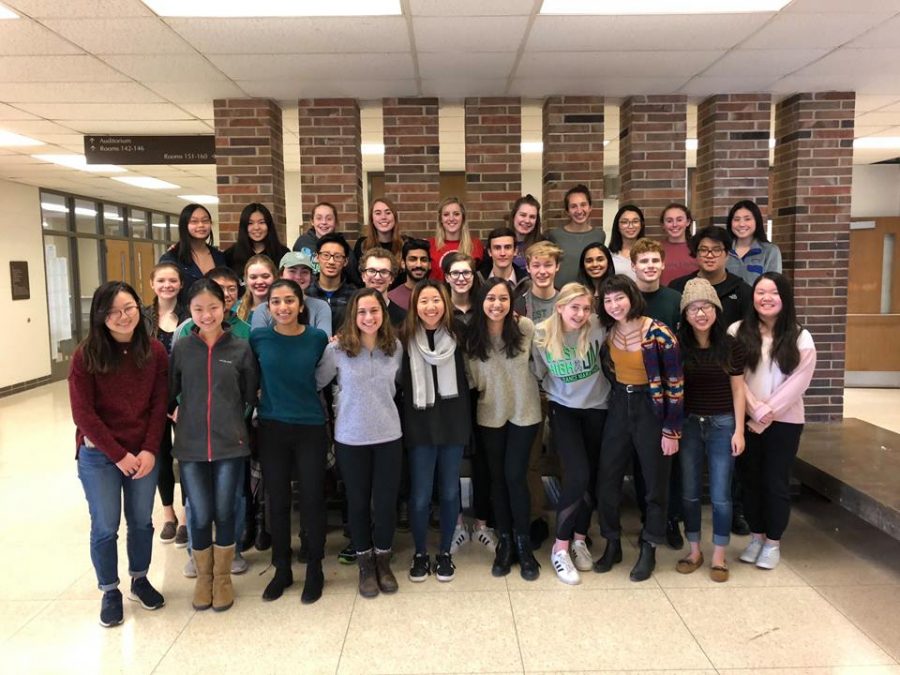 The National Scholastic Press Association named the 2017-2018 West Side Story staff a Newspaper Pacemaker finalist today for the first time since 2012. Nina Elkadi ’18 was the editor-in-chief of the newspaper.

“The WSS team last year was simply incredible,” Elkadi wrote in a text message. “It’s rare to find a group of people who are all passionate about creating such quality work, and I feel so fortunate to have been a part of it. I was always impressed by the fearlessness of our team last year. No matter the topic, reporters, designers and editors all wanted to make the story happen. From vaping to seclusion rooms, we tackled topics that are never easy to discuss but create valuable dialogue. The West Side Story team is so deserving of this honor.”

The NSPA Pacemaker award has a rich tradition and the association started presenting the award to high school newspapers a few years after the organization was founded in 1921. Throughout the years, yearbooks, magazines, online sites and broadcast programs were added to the competition.

“The Pacemaker is the association’s preeminent award,” said Laura Widmer, executive director, in a press release. “NSPA is honored to recognize the best of the best.”

The 67 Pacemaker finalists represent 24 states and England. California and Texas set the pace with 14 finalists each.

In all, 260 student news publications from 38 states entered the Pacemaker competition.

Two teams of three judges devoted two days to the judging and studied every entry discussing its strengths and weaknesses.

In the first round of the competition, the news publications competed against those of similar types — tabloid newspaper, broadsheet newspaper, newsmagazine and junior high/middle school.

When the process was finished, the 67 Pacemaker finalists were named. From that group, 28 will earn the Pacemaker award placing those publications in the top 10 percent.

In addition to demonstrating excellence in key areas including coverage, writing, editing, design and photography, the winning newspapers took risks and served as a strong voice for its student audience.

“The best newspapers and newsmagazines delivered relevant coverage that resonated with student readers and the school community with appropriate sourcing, abundant student quotes and consistent journalistic style,” said Gary Lundgren, associate director and coordinator of the competition. “The Pacemakers represent the best in verbal and visual storytelling.”

Even in a digital age, print publications are thriving in high schools across the country, Lundgren said. Most print news publications have shifted to more in-depth coverage and now report breaking news on companion websites.

In this competition, only the print news product was judged. A separate NSPA 2018 Online Pacemaker competition recognized 42 online news sites in April. Several schools earned Pacemaker honors for both their print and online products.

Pacemaker finalists will be recognized and the Pacemaker winners will be announced at the JEA/NSPA Fall National High School Journalism Convention, Nov. 1-4 in Chicago.