The Trojans hosted the Southeast Polk Rams on Friday, Sept. 7. 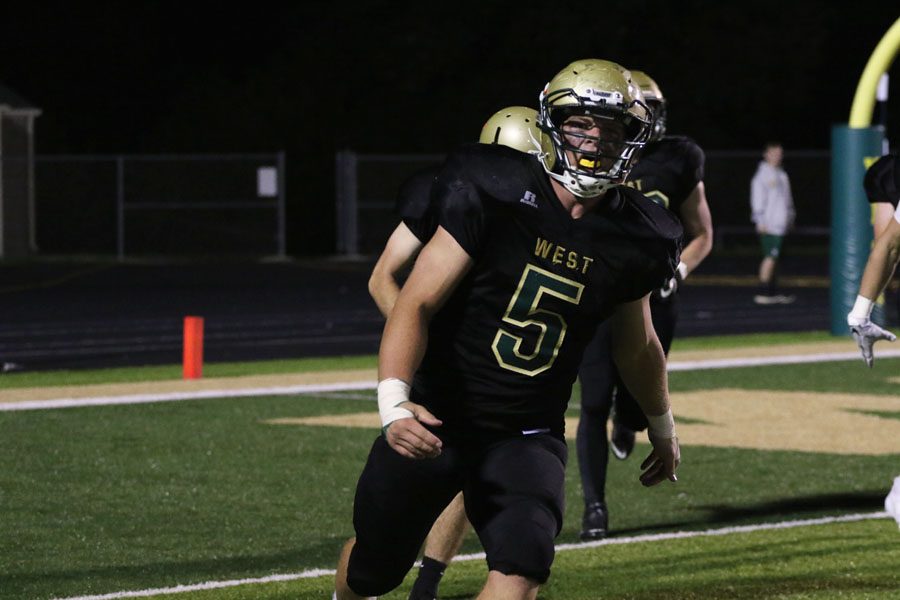 Jason Strunk '19 celebrates after scoring a touchdown making it 28-10 West on Friday, Sept. 7.

The student section dressed in every color of the rainbow for the annual tie-dye out for West High’s Best Buddies. Students cheered as West defeated Southeast Polk 31-17. Justin Thomas ’19 started the game off with a touchdown in the first quarter. Will Hoeft ’20 added six to West’s score during the second quarter. Southeast Polk had a field goal and touchdown during the second quarter to make it 14-10 at halftime. During the third quarter, Landon Green ’19 and Jason Strunk ’19 both scored touchdowns. Finally, Josh Jasek ’19 finished a field goal during the fourth quarter. For Snapchat coverage of the game click here. Next week, the Trojans will travel to Dubuque Senior.