Current and former West students form organization to help guide others through the college application process. 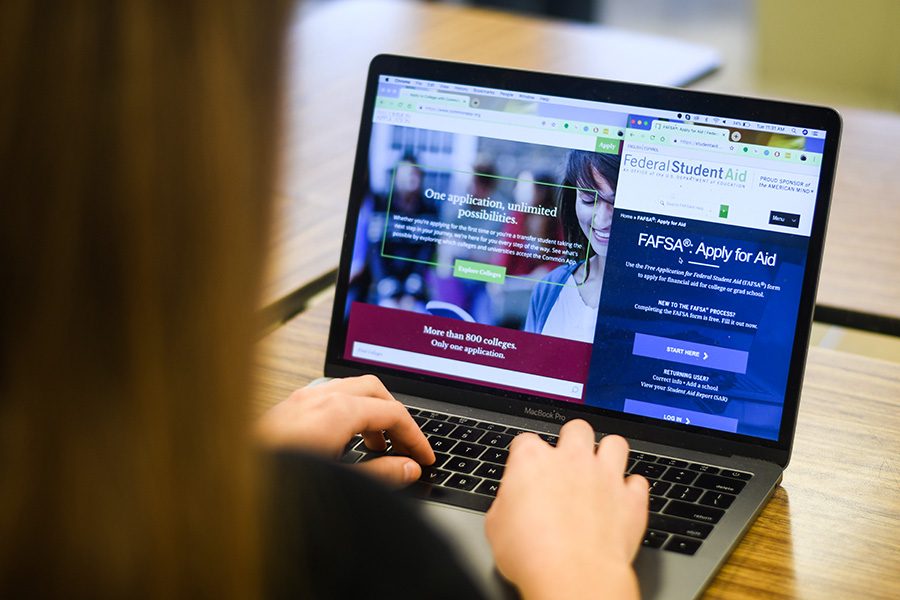 West students can obtain help with the college application process through an organization created by both alumni of and current West students.

The college application process is one of the greatest challenges students face in their high school career. Students often go in with minimal knowledge of what to expect and little preparation.

Enter a group of current and former West students including Andrew Burgess ‘20 and Ned Furlong ‘17 who through, their organization Social Impact College Coaching (SICC), hope to lessen the burden on students and destigmatize the college application process.

SICC mirrors many other college coaching organizations in that they give students advice on their essays and standardized tests, but they also aim to solidify a students vocation. “Where the business of college coaching is now, it’s really corporate and really expensive and there really isn’t much you get for it,” said Burgess.

SICC aims to take down this corporate filter by providing personal, local counseling since all of its coaches graduated from West. “For every one person that signs up for SICC, there is a three-person team per student,” said Burgess.  “We set up meetings for what they should put on their resume to stand out versus just figuring out what you actually can put on your resume.”

Burgess even signed up for a rival college admissions advising organization, CollegeVine, to find areas to improve in. “CollegeVine is very impersonal because it sets you up with another college student but you can’t control how much experience they have,” said Burgess. “They also have basic schematic articles on the application process, but that is about it.”

Another core part of SICC’s mission statement is to help students find their calling early on in life, in order to have more direction with their major. “There are so many people who major in something and then they switch their major,” said Burgess. “Or they graduate and they can’t find a job in that area and that is hundreds of thousands of wasted dollars.”

All of the coaches who work with SICC are currently West high graduates, many of whom were accepted into top universities. However, these coaches do not just relay knowledge learned through their experiences, but rather they try to give students applicable information for themselves.

Many traditional college planners can cost up to $200 an hour and employing a year-long consultant can exceed prices of $4,000. One main goal of SICC, which bills itself as a nonprofit, is to be able to provide comparable services at much-reduced prices.

SICC is still mostly in the development phase, although it does currently take on clients. “We don’t yet have a base of clientele, we’re just working in outreach and other prospective clients. We don’t have a lot of actual coaching going on right now, but starting next year we will,” said Burgess.