Home to thousands of students, West High contains a variety of different cultures with their own unique styles of traditional clothing. 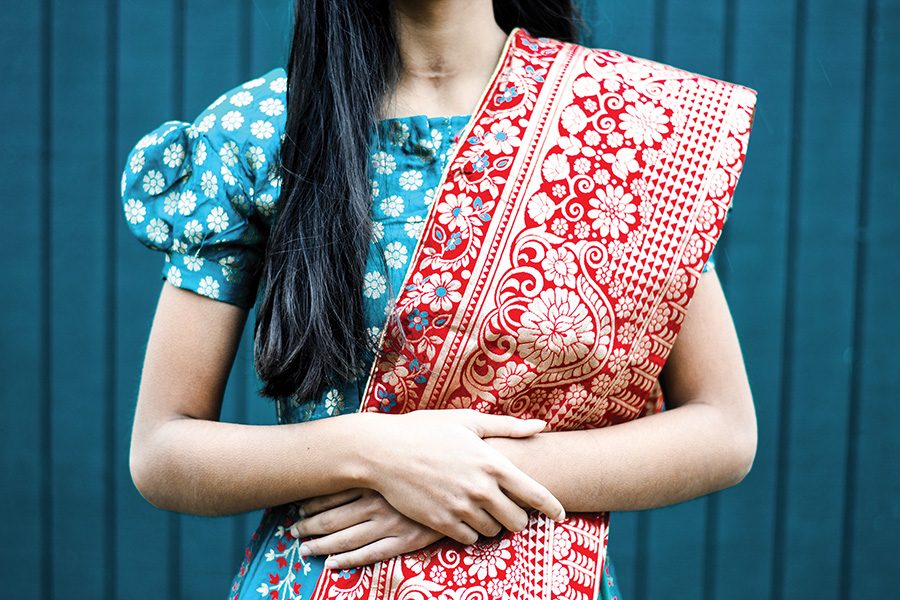 Shreya Khullar '22 holds her dupatta, an Indian accessory, in place while posing in a lehenga, a traditional Indian dress.

A little girl stands in front of the mirror, grabs the hem of her ruffled skirt and twirls the bright fabric with flower patterns around her body. Across the Atlantic Ocean, another child ties her hair into a bun and uses a headwrap to make intricate shapes. Thousands of miles northeast of her, a third child fastens the button of her qipao and smooths out the silky material while a fourth child wraps a fan-like skirt around her waist. Despite being halfway across the world, the four children share at least one commonality; they are all proudly wearing traditional clothing from their respective cultures: Latin America, Africa, East Asia and South Asia.

According to a 2018 enrollment summary, over 45 percent of the student population at West identifies as belonging to a racial minority. This means that West is home to a multitude of different cultures and backgrounds, with each student bringing in a new cultural experience and design of clothing.