More than a year later

At a time before a fear of gravel roads was in her mind and “S&M” was playing on her radio, Gardner had once been invincible, but one car accident, one chorus, had changed that.

“It changed me [and] how I perceive life. Every teenager goes through that phase where all they talk about is they want to die,” Gardner said. “My doctors told me that I’m lucky I walked out of there because most people don’t … and being that close to death made me realize how much I actually want to live.”

The accident had damaged the ligaments in her neck and spine but had also given Gardner a new outlook on life.

It taught me that I’m not invincible and I need to be careful when doing anything.”

“I did one thing a day that scares me. I [feel] like life is too short to be scared of stuff,” Gardner said.

The first thing that Gardner did that scared her was to tell her story of what happened.

“At first, I just didn’t want to talk about it. I wanted to pretend like it didn’t happen,” Gardner said.

But when Gardner’s journalism class had been assigned to do an ‘all about me’ project Gardner had done hers about the accident. She had based the project about her life before and after the accident.

Other things that Gardner did that scared her ranged on a scale of going up to someone that she wouldn’t usually talk to and start a conversation to going back to the accident site. A little over two months after the accident Gardner and her mother had gone back to the scene of the accident. Gardner recalled she had been more astonished and out of breath than sad when she had gone back.

“It was very moving,” Gardner said. “It was really overwhelming … It wasn’t like reliving it because you can never possibly relive that kind of adrenaline and pain and everything going on at once. There’s no reliving that. But it was like everything flooded back more and how it happened, what I said, what exactly happened. Like I could follow my own footsteps. I know how I got out of the car where I got out of the car.”

Being that close to death made me realize how much I actually want to live.”

Gardner went back to the place where her grey 2009 Toyota Corolla had flipped with WSS to tell and show her story, but as of now, she has no plans on returning. However, Gardner says that one day in the future when she has children she plans on taking them there.

“I probably will like one day. Like when I’m with my daughter or my son and I’m teaching them how to drive. And I’m telling them, ‘Look, this right here is where I crashed my car’ and showing them what could happen,” Gardner said. “I don’t really have a reason. It’s not something like I’m holding on to. It’s not something that like I’m trying to like, let go of. If it were [then] I would go back so I could try to make peace of what happened there, but I don’t have a reason to right now.”

Gardner is now back to working and going to the gym and she’s even planning on graduating early. Though she’s moving on, she hasn’t forgotten about the accident and more importantly what it has taught her.

It wasn’t like reliving it because you can never possibly relive that kind of adrenaline and pain and everything going on at once. There’s no reliving that.”

“It taught me that I’m not invincible and I need to be careful when doing anything,” Gardner said. “I tell other kids this too, I know a couple people who right now just have their school permits but like to drive around. I tell them [to] be careful. I’m not going to tell you not to do it, and I’m not going to rat you out either. But be careful because I thought I was invincible. I thought nothing like a car accident would happen to me. Even though everyone warned me—my parents, everyone. They’re like, ‘You better be careful because stuff happens,’ and I always thought, ‘What are the likely chance of it happening to me?’”

With a little more than a year later Gardner still hasn’t fully recovered, however, she believes that she has moved on and let go of the accident. 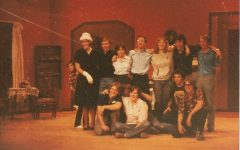 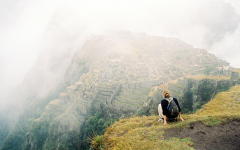 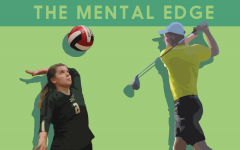 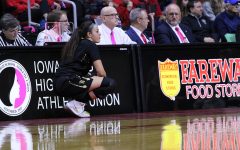