The Drake Relays adds the 400 meter dash to its list of events on Monday, Feb. 11, the first addition in ten years. 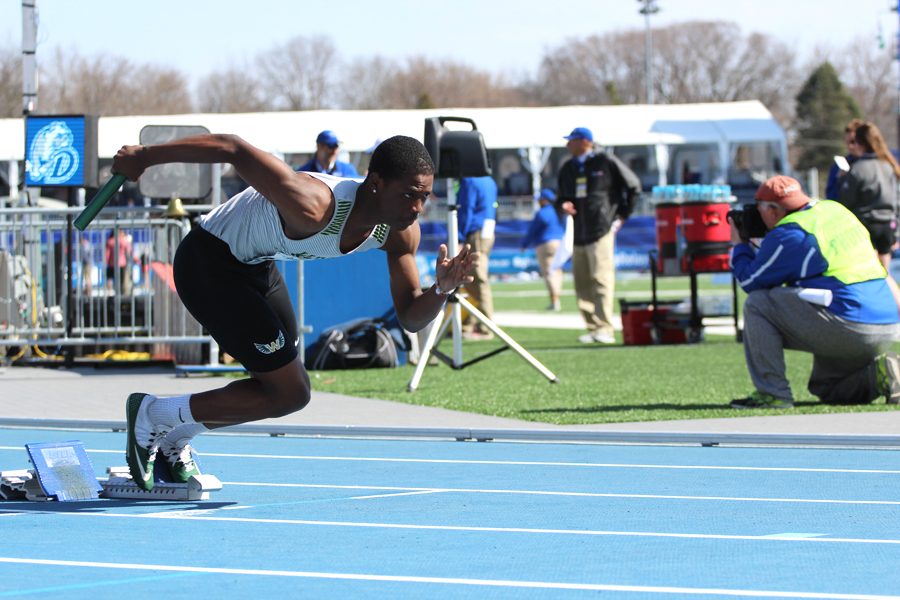 Dante Eldridge '19 runs off the blocks at the start of the boys distance medley on Friday, April 27.

The Drake Relays announced on Monday, Feb. 11 via Twitter that it would be adding the 400 meter dash to its long list of track and field events. This announcement very fittingly came on the first scheduled day of the 2019 high school track season.

The Drake Relays have been a track and field staple since 1926. For over 90 years, athletes from across the country have made the trip to Des Moines to compete in various events. This year, the Iowa high school boys and girls divisions will add the 400 meters to the competition schedule. This marks the first new addition in the high school division since the boys shuttle hurdle relay was added in 2009.

“The 400-meters is an iconic track and field event,” said Blake Boldon, the Drake Relays Director in a press release. “Now we get to see Iowa’s best high school athletes test themselves at this distance on the Blue Oval.”

Although the relays aren’t until April, athletes such as Gabe Caruthers ’19 are already anticipating this change. Caruthers hopes to qualify for the relays for his fourth consecutive year, this time, in the 400 meters.

In addition to these changes, the high school division of the 4×100-meter race will also look different. This year, entries will increase from 80 to 96 selected teams for boys and girls.

Athletic Director Craig Huegel is excited about the change and the opportunities it will provide student athletes.

“I think any chance for more kids to say they were in the Drake Relays is a good thing. The 400 [meter dash] is an event that should have been included for a long time,” Huegel said. “I look forward to seeing Trojans running the 400 [meter dash] soon.”