One girl’s take on the importance of communication 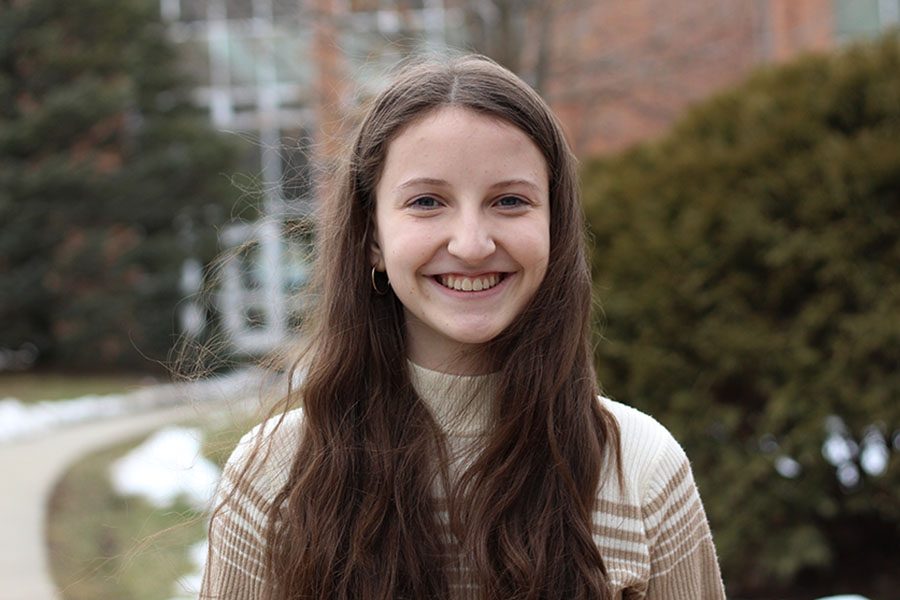 Guest columnist Sumner Wallace '20 smiles for a portrait in the West High courtyard. She writes about the need for communication in her piece.

Communication is key. I know, I know. That sounds totally cliché. It’s the first lesson in Relationships 101; it’s the unsolicited advice your weird relative gives you; it’s much easier said than…  said. The most annoying part is, it’s true.

I thought that truly open, honest communication wasn’t possible between strangers, nor was it important. People’s problems were for their therapists and their friends. I thought that understanding people with different points of view was a noble goal but impossible. It wasn’t my counselor or my parents that changed my mind. Of all people, my French teacher proved me wrong. Madame Juhl — the woman tasked with teaching me a foreign language — was also teaching me how to communicate in my own.

She introduced ‘circle talks’ a few weeks back when my class was looking particularly depressed and lost. She had everyone stand in a circle around the desks and one at a time say what they appreciated most about our class.

Nobody was forced to say anything when it was their turn, but everyone was required to listen. To my surprise, my class of 35 never interrupted or had side conversations while others were speaking. Equally surprising was the fact that everyone felt comfortable sharing and adding to the conversation. The whole class appreciated what their peers had to say, whether they agreed or not. Everyone left feeling a little less stressed, and most importantly, understood.

We continued these talks, each time asking slightly deeper questions and answering more personally. The topics ranged from our hectic personal lives to the stress of finals week. Each time I learned something new about my classmates, that made them more than just a body in a desk. Each time I watched trust, respect and understanding form between my classmates. With every heartfelt admission, I found a few tears welling in my eyes.

For the most part, I am a reserved and skeptical person. When my teacher proposed this exercise I felt uncomfortable. I didn’t want to be judged. However, I soon found that a weight was lifted off my shoulders. When I chose to trust my peers, and they chose to trust me, I found we were more similar than different. We were all just teens dealing with the same angsty feelings.

As a result of these talks, I’ve started making the conscious effort to engage in my conversations. I try to listen without judgment and speak my mind without fear of being judged. I’m no longer afraid to be honest.

I don’t think I’ve ever felt as comfortable making mistakes and sharing my opinions as I have in my French class. Unfortunately, not everyone enjoys that same sense of safety. It seems that people have become increasingly self-absorbed. Out of fear, they disregard anything and everything that competes with their world view. They surround themselves with people that they feel won’t judge them for their thoughts.

Too often this self-absorption and self-preservation alienates minority opinions, especially in American politics. Beliefs that are acceptable to the majority are embraced and held up as ‘correct’ while unpopular and minority opinions are shot down without a chance to be explained or understood. The people who hold these minority opinions become more and more isolated and begin to feel that their contribution to the conversation is unimportant. They stop sharing because, like all of us, they are afraid of being judged.

When we isolate these people we are missing out on valuable input. Democracy is about everyone having a say, yet America is excellent at ignoring this. The gridlock and headbutting in our government is, in large part, due to politicians’ refusal to reach consensus. It may not seem important for them to cultivate understanding, but without it frustrations build up and fester. The hate and anger that plagues America is entirely of our own making. Debates have become screaming matches, and listening is a foreign concept.

You may think that it’s hippie-dippie and pointless, but trust me, it works. I know my French class is not the same as America. We don’t fight over verb conjugation the way Americans fight over politics, but by speaking our individual truths, and most importantly listening to others, (some of) the bitterness and hatred can be put to rest. I’m not saying minds will be changed. I’m saying they will be opened, and perhaps some hearts along with them.