Abbie Callahan ‘20 reached the top 90 out of 100,000 plus contestants on American Idol season two, and she has just released her new single "One of a Kind". 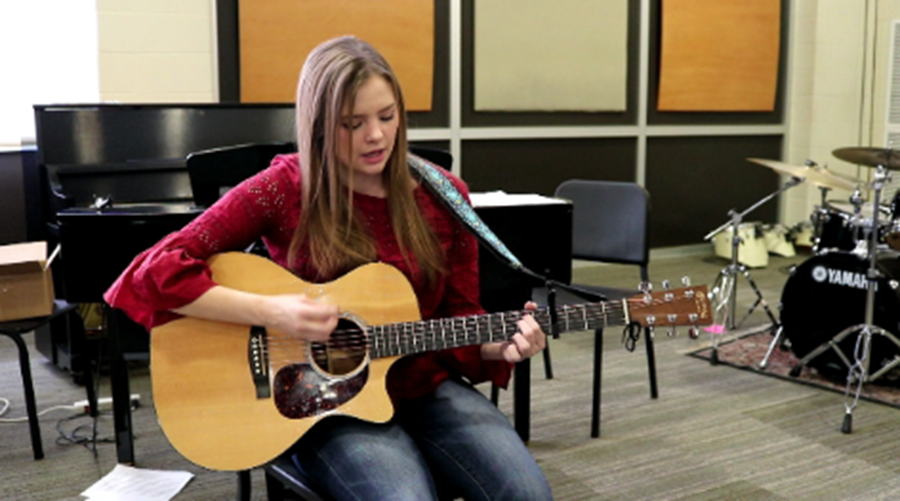 Abbie strums her guitar as she begins to sing her newly released single.

Following the tradition of Tiny Desk by NPR, West Side Story asked Abbie Callahan ‘20 to perform her new single, “One of a Kind”, which has been released on Spotify, Apple Music, Google Play and other music platforms. The song has a fresh and poppy melody that will have you singing along in the car, so if you’d like to see her perform part of the song live, check out the video above.