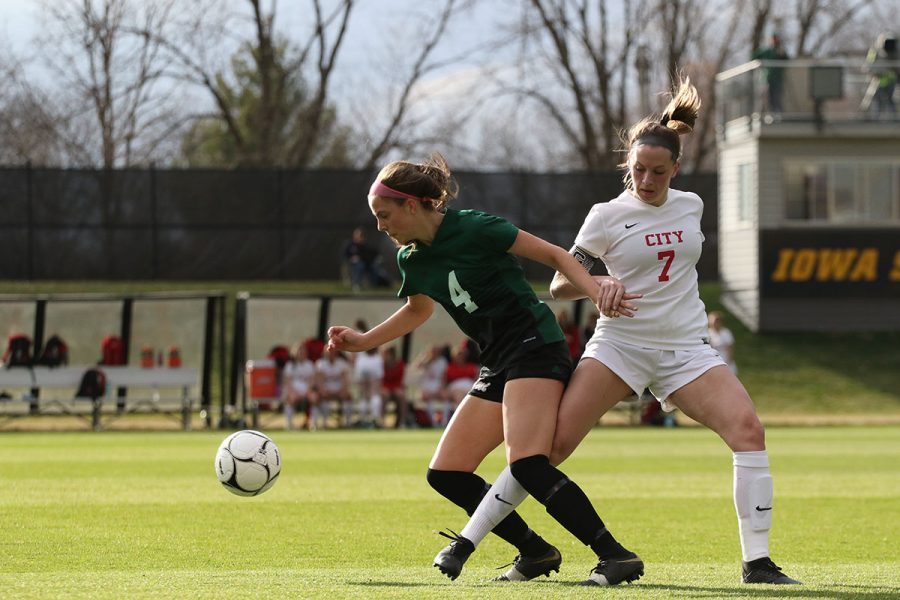 Makenna Vonderhaar '22 tries to get the ball back as City High's Sam Schroder '19 stops her during the first half on Tuesday, April 9.

The West soccer teams headed across the street to the University of Iowa soccer field to take on City on Tuesday, April 9. The girls played first and eventually fell 0-1 in the final minutes of a game tight game. The No. 4 ranked West boys team faced No. 3 City High for a showdown. Tomas Sanchez ’20 scored the only goal of the game to upset the Little Hawks.

The West girls team will play at home on Thursday, April 11 against Xavier while the West boys team will host Cedar Rapids Washington on Tuesday, April 16.