Garrett Hartwig connects his past days of playing football to teaching English and coaching the sport. 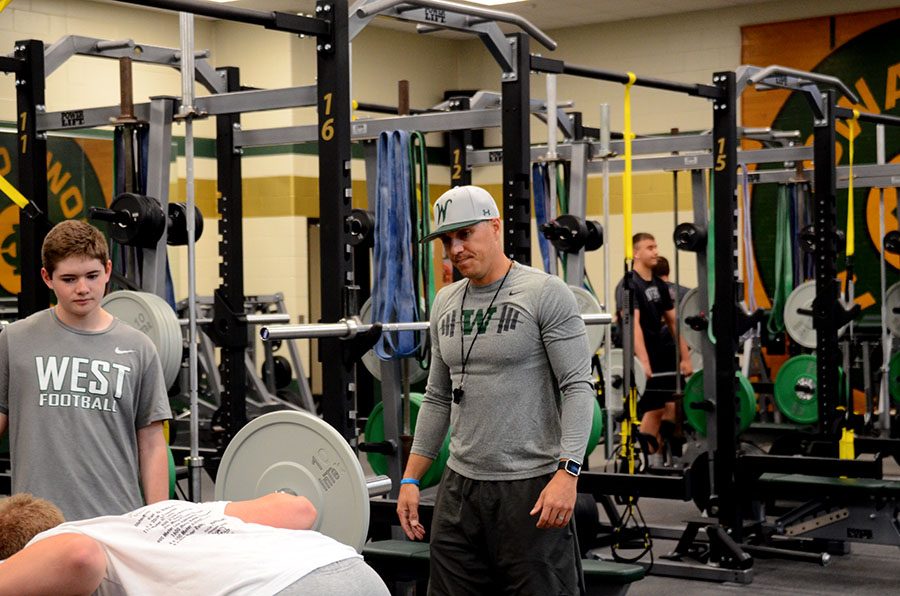 Coach Hartwig watches Joey Chase '21 as he gets ready to lift at football practice.

For countless years, football has been a part of English teacher and football coach Garret Hartwig’s life. From his early beginnings playing when he was six, to today where he is the head coach of the football team, the sport has played a major role in his life.

He takes his job seriously as a coach, but he feels that education has a far greater value than sports.

“I consider myself a teacher first and then a coach second to have students from the athletic environment in the academic environment,” said Hartwig.

One of his players Tate Crane ’20 has had Hartwig as a teacher for both English 9 and U.S. Lit.

“Coach Hartwig is a teacher that is more relatable than most of my other teachers,” said Crane.

Hartwig helps his players who are upcoming seniors and who are seniors decide what college would be the best fit for them.

“Coach Hartwig is always on his plan, and he never is off his schedule,” Crane said.

Hartwig got into teaching because his father was a teacher and his mother was an English major, so he felt it was a great fit.

On an off the field Hartwig is focused on ensurring his players and his students success, both in academics and in sports.