Letter to the editor: when they can’t speak, we do

In this Letter to the editor, Razan Hamza '21 describes the how the violence in Sudan has effected her and her family. 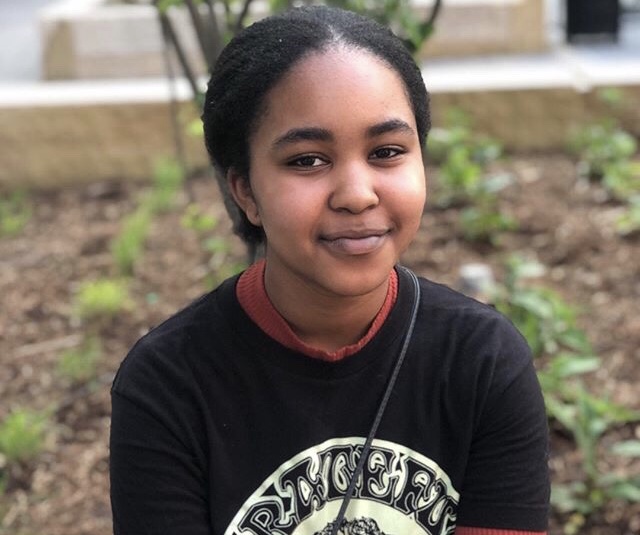 Imagine living in a country which has been ruled under a dictatorship for as long as you can remember. The economy is poor, the government problematic. Yet, you stay. Not for the harsh conditions that you have been raised in, but for the people. Almost everyone you come across is there for you during hard times. Welcoming, friendly faces greet you everywhere you go. Faces that are smiling through the pain of knowing that their country was once one of the most beautiful, successful countries on the entire continent.

Imagine the economy starts getting worse and worse by the minute. If you were struggling before, now you can barely afford staple food items to feed yourself and your family. You’ve been hearing of the protests going on in the capital, fed up, you decide that you want to join in, so you travel there from cities away in hopes of being a part of a group that makes a difference, and you stay for weeks. It’s hot out, and you’re starving- as it’s the holy month of Ramadan and you’re fasting. The conditions that you and the rest of the growing population of protesters in the capital are going through are unbearable, but you can’t leave. You’re determined to revert the country back into the democracy it once was, and get rid of your country’s dictator. This eventually happens, and in a few days your country has been put in the hands of a transitional military council. Unappeased, most protestors remain. Suddenly, you hear a gunshot. You turn around and see men with guns, firing aimlessly into the crowd. Fearing for your life, you flee the scene thinking about your family waiting for you back home. Still, many people remain at the protests, headstrong and fully determined to get what they want.

This is exactly what is happening in Sudan. These protests have turned into a massacre as the military council attempts to suppress opposition to the government in the capital. The situation is not only frightening to everyone in the country, but every Sudanese person outside of the country, such as myself, who fear for their family and friends back home with every waking moment. Going on my phone to find the list of martyrs shakes me up every time, and I thank God that none of my family members have been on that list. Reason being that they are taking part in the civil disobedience aspect of the revolution, where they don’t leave their house like they regularly would in order to avoid all of the military officers. Leaving the house could mean getting held and beaten by some of the roaming military officers, or even getting arrested for opposing the government. Of course people aren’t entirely safe in their own homes either. On different social media platforms there have been videos posted of the military officers shooting their guns into random houses they come across.

As someone who isn’t currently in the country, it was hard for me to understand the volatile conditions that everyone has been put under in such a short amount of time, but then my family called home. The major hospitals have been blocked off by officers to minimize the amount of people the doctors get to help–doctors being one of the major factors in the revolution. The military officers’ goal is to make health care inaccessible to those they are wounding to keep the number of active protesters small My grandfather, in his late seventies, struggles with diabetes and low blood pressure. Not even having taken part in any of the protests, it was still a concern that if he left the house to go to the hospital that he would get beaten, as would my aunt, who was taking him. They had to leave the house and get to the hospital and back very clandestinely as to not get caught by officers. They made it there and back safely, but many people who have been put through similarly terrifying situations have not been so fortunate.

You probably haven’t heard many stories like this. The reason why is because the Sudanese government doesn’t want people to know what they’ve been putting innocent civilians through, so they could try not to taint the nice image of Sudan that countries already have. The way that they have attempted to silence people in the country is through several different steps, a few of them being expelling all journalists from the country, and cutting off almost all of the internet available to the citizens. They want to give off the illusion that everything is still just as peaceful as it was during the protests in the capital. They want to blind the public from all of the burned down buildings, and people being raped, beaten, and thrown into the Nile to drown.

It’s truly baffling to know that they’re trying to cover their tracks like this without thinking we would still be able to hear about and see what’s going on in Sudan and try our hardest to raise awareness and try to make a change with whatever means we can. Other countries have refused to get involved, though I think they should consider looking into the issues in Sudan and holding investigations in order to scare the transitional military council into stepping down, just as Omar Al-Bashir did. When the protests got more intense, that’s when Al-Bashir decided to do something about it, but this wouldn’t have been possible without everyone who spoke out against the government.

Despite the silence of some countries, the situation in Sudan has been gaining more and more attention every day due to social media. People have been changing their profile pictures to blue, posting about what’s been going on, and reaching out to different celebrities/figures who are capable of donating a large sum of money to the country in order to call more attention to the matter at hand. The silence of those who are able to speak out only enables the government in Sudan to mistreat the citizens further. I’m looking forward to the day that enough has been done to put an end to the massacres in my country and give us the democracy that we have been craving for over thirty years now, but until then, people fortunate enough to be safe from this violence and corruption must remember to speak out for those who currently aren’t able to.