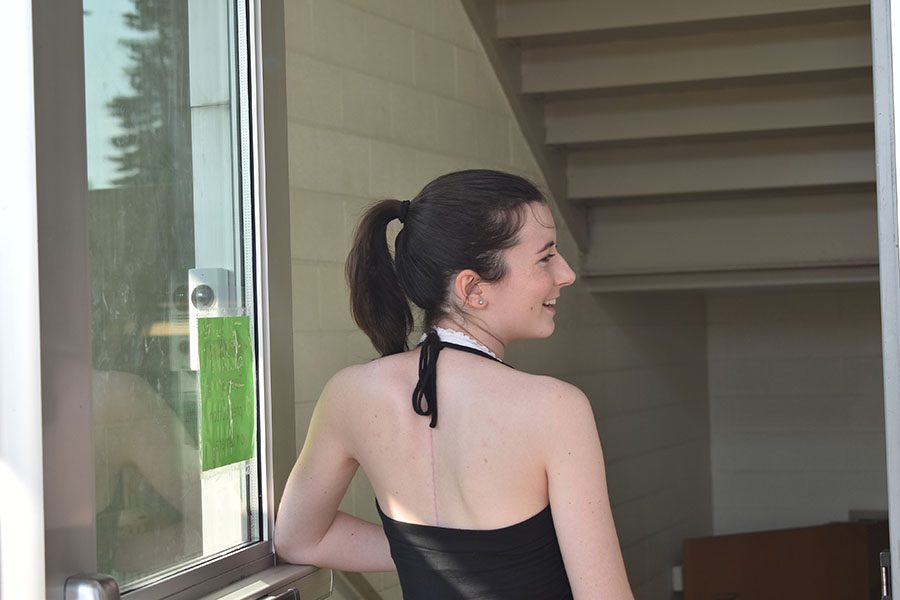 “I felt like I have changed a lot. Everybody else left school and they had their summer and they go back and things are relatively the same. But I left school and I had this massive life-changing event happened to me,” DeGrazia said.

She also had anxiety about returning to school. Coming back to an environment with so many people was a big change and she also didn’t know how her involvement in theatre, show choir and academics would be affected.

Since DeGrazia is in recovery she still has physical limits. She can’t carry 5-10 lbs and has to use a tote instead of a backpack until the six month mark after her surgery. She also can’t do all of the choreography in show choir. However, she can sustain breath in her singing more easily since the surgery.

I felt like I have changed a lot. Everybody else left school and they had their summer and they go back and things are relatively the same. But I left school and I had this massive life-changing event happened to me.”

She also was self-conscious of her scar, which runs at 18 inches down the center of her back. DeGrazia was worried people would point it out and make comments on it. Green was a role model for DeGrazia in showing her how to embrace her scar.

“It’s my favorite thing about myself,” Green said.

Green looked at the mark as a battle scar that showed she survived a painful and grueling experience. DeGrazia has become more comfortable with showing it as the year has progressed.

“A couple weeks into school I was feeling brave and wore a shirt that showed it a little. I was relieved and amazed to literally the point of tearing up when people came up to me and said ‘I like your outfit’. They weren’t seeing me for the scar but just as someone who was wearing a cute top. No one pointed it out, and no one said anything negative,” DeGrazia said.

In terms of pain, DeGrazia is still suffering. The first week of school “was a living hell”. Sitting in a desk and being engaged in class for hours was mentally and physically challenging. While the pain is still present, it is different from the pain she felt before the and it shows progress.

“I have no idea when I’m going to feel great or normal, but it is nice, because the pain that I did have before the surgery, the chronic pain, is gone,” said DeGrazia. “So when I feel this pain, it almost makes me feel good because it’s not the old pain and it makes it lets me know that like the old pain is gone.”