LGBTQ+ history month has arrived and Colors Club in conjunction with the library has decided to celebrate with a large display and posters hung around the school. 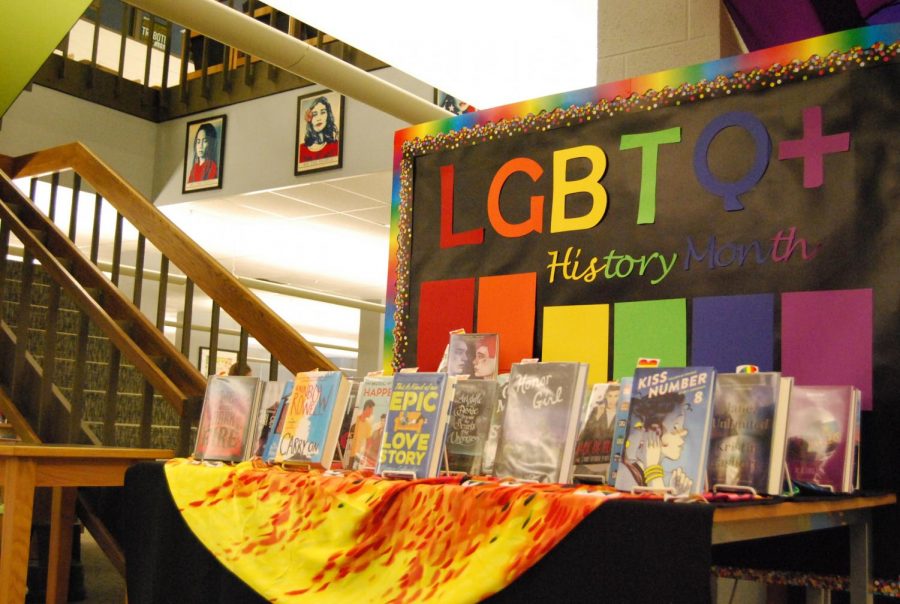 Most people are familiar with Pride month in June, but LGBTQ+ history month in October is  less known but still as important to the LGBTQ+ community. With the library display now changed to celebrate this month, Colors Club, led by Lilli Duncan ‘20, spearheaded the efforts to spread knowledge of the LGBTQ+ history and the people who helped change the world. Among these are Audre Lorde, Nina LaCour, Sappho of Lesbos, Nic Stone, David Bowie, Frida Kahlo, Michaelangelo, Eleanor Roosevelt, and Marcela and Elisa.

LGBTQ+ history month is celebrated in October to coincide with National Coming Out Day on October 11. Along with this, there are many sites dedicated to sharing LGBTQ+ icons during this time, one of these is LGBTHistoryMonth.com, which showcases 31 icons over the 31 days of October. This month was originally started by a Missouri high school teacher in 1994, and the month was then endorsed by GLAAD, the Human Rights Campaign, the National Gay and Lesbian Task Force, the National Education Associated, and many other national organizations. In 2006 the Equality Forum assumed responsibility for providing content, promotion, and resources for LGBTQ+ History Month.

Additionally, this month focuses on advocating for LGBTQ+ history in school.

“The only thing I ever remember learning about LGBT history in my classes is the Stonewall riots and that lesson itself was very brief, we spent maybe half a day on it in my freshman year American Studies class,” Duncan said about why this month is so important to celebrate.

Colors Club has put posters all around the school featuring many different LGBTQ+ figures and their achievements, many of whom are well-known. Duncan commented that “the people chosen for posters may be people that students have heard of, but didn’t know were LGBT, like Eleanor Roosevelt or Frida Kahlo. It just shows that we could all benefit from learning more about the history of all communities, rather than the limited history classes we are currently given.”

In the library, Jill Hofmockel has chosen to specifically feature books that include LGBTQ+ characters, but the characters weren’t defined by their sexuality, with Hofmockel saying “If you look they are just really great stories, and maybe the main character is transgender, but that’s not the reason why we’re finding out about their story, so it just normalizes things that should be seen as normal. So that was the main reason why we picked a lot of the books.”